When the Torah speaks about bringing the first fruits to Jerusalem in baskets, it uses a non-standard word for basket: “te’ne.” The standard word is “sal” – which appears 15 times throughout the Bible. By contrast, “te’ne” appears only four times – all of them in Parshat Ki Tavo.

Rabbi Samson Raphael Hirsch (to Numbers 19:20 and Psalms 3:3) writes that “sal” literally means lifting as a basket helps a person lift and carry various items. Rabbi Hirsch compares “sal” to “sulam” (ladder, by which a person lifts himself), “solelah” (high mound used for circumventing city walls), and “mesilah” (a road that goes up a mountain).

Rabbi Hirsch’s explanation works with the theory of Rabbi Aharon Marcus (1843-1916) on the etymology of “sela” (rock). Rabbi Marcus proposes that the samech in all words whose root is samech-lammed is actually a placeholder for the letter ayin that follows it. In other words, when a word’s root is samech-lammed, it should really be understood as ayin-lammed.

The letters ayin-lammed denote something on top (“al”/“lemalah”) of something else or something that is elevated or ascends upward (“oleh”/“aliyah”). Rabbi Marcus thus suggests that “sela” means something that comes up (rock comes from underground). According to Rabbi Hirsch, “sal” also denotes elevation as a basket is used to lift up items.

Rabbi Shlomo Pappenheim (1740-1814) offers a different take on the samech-lammed root. He maintains that it denotes repeated action. For example, a mesilah is a well-traveled upon path; misalsel is someone who constantly twists and twirls his hair (Rosh HaShanah 26b); and a sal is a bread basket, which is used every day. In a borrowed sense, though, “sal” can also refer to any basket such as a basket of meat (Judges 6:19) or grapes (Jeremiah 6:9).

“Te’ne,” which the Targum translates as “sala” (an Aramaicized version of “sal”), is, according to Rabbi Pappenheim, specifically a fruit basket, which was typically woven with extra space to allow air to waft through, thus ensuring that the fruits would not spoil.

Rabbi Pappenheim argues that the letter aleph of “te’ne” is a radical, and its actual root is just tet-nun. He argues that “eitun” (Proverbs 7:16) also derives from this root, and it denotes clothing woven in such a way that more air is allowed through. Rabbi Yaakov Tzvi Mecklenburg (1785-1865) adds that the tet-nun element in “shaatnez” refers to weaving as well.

Like Rabbi Pappenheim, Rabbi Aharon Marcus connects “te’ne” to “eitun,” but he argues that both words are actually of Egyptian origin. Master etymologist Rabbi Dr. Ernest Klein (1899-1983) also maintains that “te’ne” is an Egyptian loanword.

Interestingly, Rabbi David Chaim Chelouche (1920-2016), the late chief rabbi of Netanya, connects “tene” to “beten” (stomach) as a basket has an open cavity, like a stomach, into which people can put things.

The word “kalkalah” in the sense of basket appears multiple times in the Mishnah (see Peah 7:3, Demai 7:6, Shabbos 21:1, Eruvin 3:8, Kiddushin 2:7, and Keilim 16:2). Rabbi Tanchum HaYerushalmi (a 13th century exegete who lived in the Holy Land) writes that a kalkalah is an especially big sal, which people typically use to store all sorts of foods. Because its contents generally provide sustenance and nourishment, the word for this type of basket is a cognate of the verb “kalkal” (see, for example, Genesis 47:12), which means to sustain.

Another word for basket in Mishnaic Hebrew is “kefifah” (sometimes spelled with a kuf and sometimes with a kaf); this word seems to refer specifically to a wicker basket (see Shabbos 2:2, Sotah 2:1, and Keilim 26:1).

The Talmud contains an additional eight Hebrew/Aramaic words for basket:

* “Dikula” (Chullin 32b) is a basket made from the bast of a dekel, the Hebrew word for palm tree (see Rashi to Shabbos 90b).

* “Traskal” is a wide basket typically filled with barley and hung around an animal’s neck so that it can eat more easily (see Rashi to Shabbos 5a and Eruvin 33b).

* “Tzana” is a basket made out of thorns, according to Rabbi Dr. Ernest Klein (it’s related to the Biblical word “tzan”).

* “Kelet” denotes a vase-shaped basket that women used to wear on their heads (see Kesubos 72b, Gittin 77a, Bava Basra 85b, and Bava Meztia 9b).

* “Sharkafa” seems to be a basket in which one placed birds (see Chullin 53b).

* “Tuvila” was apparently a basket used for harvesting dates (see Rashi and Rabbeinu Gershon to Bava Basra 33b).

* “Tirina” (Pesachim 88a) seems to have been a special basket for date fruits. 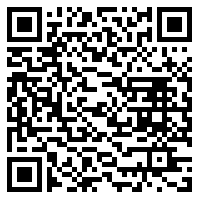