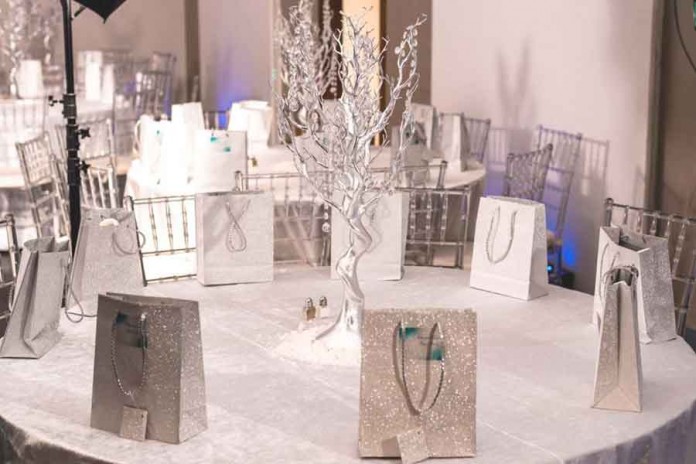 On Saturday morning, March 18, 1922, twelve-year-old Judith Kaplan, the daughter of Rabbi Mordecai Kaplan (founder of Reconstructionist Judaism), stepped forward and stood just below the bimah at her father’s synagogue, the Society for the Advancement of Judaism in New York City, and read a selection from Vayikra from a Chumash – after her father had finished reading the weekly reading from the Sefer Torah – marking the first public record of a bas mitzvah celebration in America. At that time the public marking of a young woman becoming a bas mitzvah was a radical. Now that we are sitting 100 years after that ground-breaking event, perhaps it is a good time to re-examine the halachic nature of the bas mitzvah celebration.

The Gemara in Kiddushin 31a and Bava Kama 87a relates that Rav Yosef, who was blind, said that if he were to find out that a blind person is chayav in mitzvos he would make a seudah for finding out he was responsible to perform mitzvos. This is based on the principle that someone who is metzuvah v’oseh, commanded in a mitzvah and does the mitzvah, receives more reward than someone who is eino metzuvah v’oseh, not commanded in a mitzvah yet chooses to do the mitzvah on their own volition.

Based on this Gemara, the Maharshal (Yam Shel Shlomo to Bava Kama 8:37) says that a seudas mitzvah for turning bar mitzvah is a great example of this concept because it is a celebration of being mekabel ol mitzvos, accepting the responsibility of doing the mitzvos. The Machatzis Ha’shekel (225) offers a different reason and suggests that a suedas bar mitzvah is about celebrating the completion of the father’s mitzvah of chinuch for his son – similar to making a siyum on the completion of finishing a set amount of Torah learning.

The earliest modern discussion about acknowledging a young woman becoming a bas mitzvah is found in the halachic writings of Rav Yosef Chaim of Baghdad in his Ben Ish Chai (Shana Rishona, Parshas Re’eh 17): “Although there is no custom to make a banquet when a girl reaches maturity (on her 12th birthday), she should nevertheless rejoice on that day, and wear her Shabbos clothes. If possible, she should put on a new garment that day and recite Shehechiyanu over it, and also have in mind the mitzvos which she will now be obligated to fulfill m’de’oraisa.” The Ben Ish Chai, printed in 1898, recognizes the importance of commemorating becoming a bas mitzvah but says that the custom in his place and time was not to make a formal seudas mitzvah.

Those who are against the bas mitzvah celebration

The first to address the bas mitzvah celebration was Rav Aharon Walkin, the rabbi of Pinsk-Karlin. He was asked by Rav Zvi Ferber of London whether it was proper to have one. In his reply on March 21, 1927, as recorded in the Shu”t Zekan Aharon 1:6, Rav Walkin objects to the bas mitzvah celebration based on two points. The first was that it had become a gathering where men and women were fraternizing with one another. The second issue, which seems to be of a greater concern, is that it is a violation of “U’vechukoseiheim lo seileichu,” to walk in the ways of the non-Jews (Vayikra 18:3). Those who chose to have a bas mitzvah celebration are trying to mimic the non-Jews (perhaps he means confirmations in Christianity) and the practices of the Reform movement. He continues that to establish something new that was not done in the past is not a simple manner, especially if it comes from a place of mimicking non-Jewish and secular practice.

Rav Moshe Shternbuch in the Teshuvos V’Hanhagos 1:156 and 5:58 writes that a bas mitzvah party is a violation of chadash assur min haTorah, that novel inventions that are not in line with tradition are forbidden according to the worldview of the Chasam Sofer. He agrees that the family should make it a special day, and that the young girl should put on a new dress to make the beracha of Shehechiyanu, having in mind the new dress and the importance of the day. The father should give her a special beracha along with a special gift and speak to her about the importance of accepting upon herself Torah and mitzvos. But nothing more than this should be done.(2)

To add to the above perspectives, I heard the following account from Rav Yehoshua Hartman. Rav Eliezer Rosner was a rabbi in Montreal. He was pressured by his congregants to have bas mitzvah celebrations because the other Orthodox shuls, run by Yeshiva University rabbis, were having these types of celebrations. Rav Rosner asked Rav Yitzchok Hutner what to do and Rav Hutner told him to ask Rav Soloveitchick what his perspective was on the issue, for the sake of the other rabbis in town, because the rabbis of the other shuls came from YU. Rav Rosner received a letter back (which he didn’t hold on to) where Rav Soloveitchik said it was strictly forbidden to conduct formal bas mitzvah celebrations. He showed the letter to the other YU rabbis and they told him that they didn’t ask Rav Soloveitchik this question so they don’t have to listen to the contents of the letter. Rav Hutner told Rav Rosner that he should refuse to conduct the bas mitzvah celebrations, and if that will cause him to fired, so let it be.(3)

Those who support the bas mitzvah celebration

Rav Ovadiah Hadaya in the Yaskil Avdi vol. 2, O.C. 28, writes that we can learn from the above-quoted comments of the Ben Ish Chai that it is proper to make a seudas bas mitzvah, but that for some reason it was not the custom during the time and in the place where the Ben Ish Chai lived. The Divrei Yisroel questions how the Yaskil Avdi could make such a logical jump when the Ben Ish Chai writes that the seudas bas mitzvah was not observed. It is unclear why the Divrei Yisroel finds this logical inference so troubling.

Later, Rav Ovadiah Yosef in several of his seforim – the Yabia Omer O.C. 6:29; the Yechave Da’as 2:29; and the Halichos Olam, vol. 2, pg. 202 – argues that there is definitely a mitzvah to make a public bas mitzvah celebration, based on the above approach of the Maharshal, that one should celebrate with a seudah when becoming responsible in the mitzvos. He rejects the approach of Rav Moshe and says that every mitzvah a woman does is valuable and therefore becoming metuzvah v’oseh is a big deal. In the sefer Yalkut Yosef (223:20), which is based on the psakim of Rav Ovadiah, it says that it is proper to have a bas mitzvah celebration as it strengthens the Torah education of young women. The sefer notes that there should be divrei Torah and Jewish songs while being appropriate and modest.

Rav Avraham Yaffe-Schlesinger in the Be’er S’arim 2:62 attacks Rav Ovadiah for basing his psak on the Ben Ish Chai, seemingly adopting a minhag where the original author had no such minhag. However, this is a misrepresentation of Rav Ovadiah because he is basing his argument on the Maharshal and not the Ben Ish Chai.

Rav Ephraim Greenblatt, the esteemed student of Rav Moshe, as recorded in Rivevos Ephraim 1:158, is not against the bas mitzvah celebration. Rav Avigdor Nebenzahl in his Mishna Berura B’Yitzchak Yikarei 223:6 writes that the custom in the Orthodox German communities was to celebrate the bas mitzvah with family and close friends. Rav Meshulam Roth allows for a bas mitzvah celebration with friends and family, either in the house or school, with divrei Torah and words of chizzuk for the young woman.

Rav Yitzchak Nissim in the journal Noam, vol. 7, writes that he has in possession a hand-written manuscript from the son of Rav Chaim Yitzchak Musafia, the rabbi of Split, Croatia in the early 1800’s. In the letter he says that it is proper to have a celebration for a young woman who becomes bas mitzvah and that this custom was observed in a number of communities.

However, at the turn of the 20th century the influence of secular society and values that were foreign to Torah had crept into the Jewish community. Many Jewish young women are raised with secular thought, culture and education, while they are sorely lacking in Torah values, practice and inspiration. We are fortunate that the Bais Yaakov movement has inspired a number of generations of Jewish women to be excited and committed to a Torah lifestyle. It is certainly one of, if not the most important, accomplishments in Jewish education in the modern era. The modern Jewish educational system has instilled meaning and Jewish pride into the hearts of thousands of Jewish women. So how then does it look to them, he writes, when their brothers are being celebrated for their new roles in Torah observance, while there is no celebration of their acceptance of the yoke of mitzvos? Certainly, in this day and age of women’s emancipation it is critical that young Jewish women be celebrated for their commitment to Hashem and His commandments. He concludes that the bas mitzvah celebration should be in the home or a local hall. There should be divrei Torah with mussar and encouragement about the basic principles of being a Jewish woman and the value of building a Jewish home.

This approach is supported in writing by Rav Yosef Bar Shalom, the chief rabbi of Bat Yam, in his Netzach Yosef, vol. 1 pg. 30.

However, more importantly, it is clear that the practiced custom of Bais Yaakov and the modern Orthodox communities is to celebrate a young woman becoming a bas mitzvah. We are quite distant from the way Judith Kaplan observed her becoming a bas mitzvah and the Orthodox community has grown much stronger in the last 100 years and no longer needs to look over its shoulder at Reform and Conservative Judaism. Each Orthodox community follows its particular practices in how to celebrate this momentous occasion in life of a young woman. And as long as the practices are done under the auspices of our Torah leaders and our baalei ha’mesorah, the bas mitzvah celebration will remain an integral part of the chinuch of our daughters. 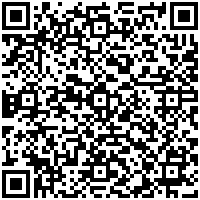