One Shabbos morning, Mrs. Schnall saw Mrs. Mandel in shul wearing a dress identical to one she owned. Mrs. Schnall was surprised since the dress design wasn’t typical.

When Mrs. Schnall returned home, she looked in her closet but couldn’t find the dress. She was puzzled, but didn’t suspect Mrs. Mandel of any wrongdoing.


The following Shabbos, Mrs. Schnall met Mrs. Mandel again in shul. After davening, she approached her and said, “You wore a beautiful dress last week.”

“Thank you,” said Mrs. Mandel with a smile.

“I mean, what you’re wearing now is also very nice,” Mrs. Schnall quickly added, “but last week was especially beautiful. Where did you get it?”

“Unfortunately, my sister passed away suddenly,” Mrs. Mandel replied. “This dress was sitting in her closet. It didn’t fit her children, but fit me well, so they let me take it.”

“What was your sister’s name?” asked Mrs. Schnall.

“Oh, yes, I knew Rachel well,” said Mrs. Schnall. “I didn’t realize you were sisters. She was a lovely lady.”

Mrs. Schnall returned home. “I solved the mystery of the missing dress,” she said to her husband. “A while back I lent it to Mrs. Landau and told her to take her time returning it. She passed away suddenly, and her sister, Mrs. Mandel, took it.”

“I’m not sure if you should ask for it back, but if you do, I wonder if halachically you would be believed that it’s yours,” Mr. Schnall replied.

He decided to ask Rabbi Dayan, who, after considering the question, replied as follows:

“In general, we presume that all moveable items a person has are his even if witnesses testify that they formerly belonged to someone else and that person claims he lent or entrusted the item to the current possessor [Choshen Mishpat 133:1; Pischei Choshen, Eidus 14:1].

“In fact, the Gemara [Bava Metzia 116a] relates that Rava removed a disputed pair of tailor’s scissors and an aggadic sefer from the possession of a group of orphans that were intended for rental and borrowing. He did so even though we generally advance any reasonable claim we can on behalf of orphans since the father himself wouldn’t be believed that he acquired these items without proof [Choshen Mishpat 108:4].

“The Rambam writes that the halacha that a claimant with proof is believed applies only to items that are intended primarily for rental and lending, but other Rishonim rule that most items – except for items owners are particular about – are considered intended for lending assuming that the relationship between the claimant and the current possessor of the item is such that it makes sense that it might have been lent or rented.

“The Rema concludes that it depends on the people involved and the customary local practice as the dayan involved in the case sees it [Choshen Mishpat 72:19].

“Thus,” concluded Rabbi Dayan, “whether your wife would be believed depends on whether it’s customary to lend dresses in your circle and the nature of her relationship with Mrs. Landau.” 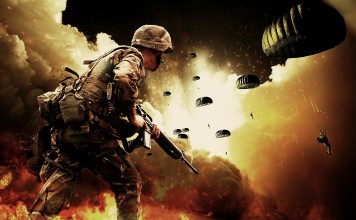