A beautiful Azaniyat Ha’Negev (Lappet-faced vulture) was observed for the first time in years on Wednesday in the Chai Bar Yotveta Nature Reserve.

Joshua Shkedi, Chief Scientist at the Nature and Parks Authority, explained: “This afternoon, for the first time, an Azaniyat Ha’Negev landed in Israel in the Chai Bar Yotvata Nature Reserve. The Azniya has not been seen in the country since the 1980s, making this a defining moment in the life of every nature lover in Israel.”


“Its distribution is mainly in Africa, but in the past, dozens of Azaniyat Ha’Negev couples nested in the Negev,” Shkedi continued, noting that the Azniya looked to be in excellent condition.

“We hope that this individual will be the first swallow that ushers in its new breeding nucleus in Israel,” Shkedi said, mixing his bird metaphors a bit. “The Nature and Parks Authority plans to establish a breeding nucleus with the Gulf states where there are many Azniyot. This is a huge bird with a 1.90-meter wingspan. It feeds on carcasses, using its strong beak that cracks open the carcass. We invite the public to come and visit the Yotvata Wildlife Reserve and see the Azniya. I hope she stays in the country, it’s a very important bird.”

Azaniyat Ha’Negev became extinct in Israel as early as 1989. It should be noted that until the establishment of the state, dozens of them nested from the northern Negev and the center of the Judean Desert in the north to the Eilat mountains, and were also common in the Arabian Peninsula. The last thirty years saw a drastic decrease in the species population in all the areas of its distribution, and there are only about 5,700 of these birds left throughout Africa and the Middle East. The main cause of their extinction is poison against predators. The last known nesting was recorded in the Yotveta area in 1989.

Currently, a few Azaniyat Ha’Negev individuals are kept in breeding nuclei as part of the Spreading Wings project, a collaboration of the Nature and Parks Authority, the Society for the Protection of Nature, and the Electric Company. 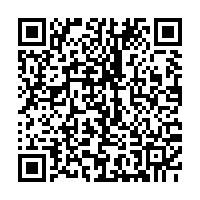