Mr. Stein owned a travel and tourism business in which he had invested great sums. A serious medical condition, compounded with a steep decline in business due to coronavirus, drove Mr. Stein into very significant debt, personal and corporate, in both the United States and Israel.

“I don’t see how I am going to come out of this debt,” Mr. Stein said to his accountant.


“I suggest that you seriously consider filing for bankruptcy,” replied the accountant. “This way, you can get a fresh start afterward.”

Mr. Stein was an honorable man, though, and was hesitant. “I borrowed this money,” he said. “I feel that it is unethical not to repay the creditors.”

“You would certainly be correct in normal circumstances,” replied his accountant. “I respect your ethical honesty. However, your situation is not regular! I do not foresee any way that you will ever be able to repay this large debt completely. It will remain a noose around your neck to the end of your days, with no chance of rebuilding yourself!

“The rules of bankruptcy were made precisely for this situation,” encouraged his accountant. “It’s not like you’re hiding assets to evade your creditors. You are truly unable to pay!”

“Let me think about it,” said Mr. Stein.

Mr. Stein discussed the idea with his chavrusa. “Is there a concept of bankruptcy in halacha?” he asked. “Do I have a right not to repay the creditors, or to give them only a fraction of what I owe?”

“I’m not sure,” replied his chavrusa. “On the other hand, bankruptcy is an acceptable legal practice, when filed legitimately. If you’re not sure, you can consult a rabbinic authority.”

“Halachically, am I allowed to file for bankruptcy? Does this exempt me from my liability?”

“Halacha eliminates debt only through shemittas kesafim, at the end of the shemittah year,” replied Rabbi Dayan. “Otherwise, it provides a framework to limit collection from a debtor who is unable to pay fully (mesadrin l’baal chov), but does not erase the remaining debt” (C.M. 67:2; 97:23).

“Nonetheless, in many situations a court order of bankruptcy would exempt the debtor from his debt also according to halacha.

“First, regarding debt to non-Jews, civil law applies. Therefore, regarding most debts outside of Israel, the bankruptcy ruling would exempt the debtor.

“Second, debts of corporations (LLC), which are structured from the beginning with limited liability, fall under the halachic category of aputeki meforash (explicit mortgage), since the creditor can collect only from the corporation’s assets so that bankruptcy would apply” (C.M. 117:1).

“Furthermore, almost all corporate charters subject the corporation to the civil law, so that anyone who deals with them – lends to, or borrows from them – does so with this intention. This rationale would also apply to Jewish banks or financial institutions in Israel.

What remains questionable are loans between Jewish individuals, whether bankruptcy falls under the category of dina d’malchusa dina (law of the land) or minhag hamedinah (common commercial practice). Shulchan Aruch limits dina d’malchusa to laws relating to government functions, while Rama expands it also to laws for proper societal functioning” (C.M. 369:6,11).

“Based on Rama, Igros Moshe (C.M. 2:62) and others rule that bankruptcy falls under dina d’malchua, since there is societal purpose in dividing the available assets equitably between the creditors. Chelkas Yaakov (2:32) disagrees, and maintains that bankruptcy remains in the personal realm, regarding which dina d’malchusa does not apply. Moreover, regarding a gemach that lent to someone, he does not see a societal purpose in the creditor losing his money entirely.

“All this applies when the debtor files bankruptcy legitimately,” concluded Rabbi Dayan. “However, if he unethically divested assets and then declared bankruptcy to evade creditors, halacha would not recognize this, and he would remain liable” (Pischei Choshen, Halvaah 2:[63]).

Verdict: Legitimate court-declared bankruptcy would be acknowledged by halacha in many situations, but there exists a dispute regarding debt between non-incorporated Jewish individuals. 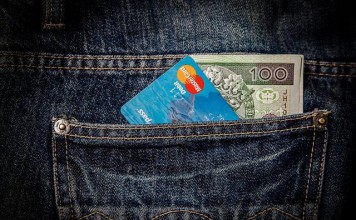