Former U.S. President Donald Trump has been gaslighted by the media into believing that he didn’t make strong gains in the Jewish community, which ostensibly didn’t appreciate his unprecedented support for Israel, because they allegedly don’t care about Israel. None is true.

Trump’s gains among Jewish voters in Florida, Pennsylvania, Georgia, Ohio and Arizona must have terrified the Democratic Party. This is why its members have spent so much time and effort trying to convince both the Jews and Trump of the above false assertions. As the Democratic Party abandons its support for Israel, it wants to convince the Jews that the Jews don’t care about Israel.

The media are part of this gaslighting effort, which partly explains Trump’s statement to Israeli Axios correspondent Barak Ravid in a newly released interview that American Jews “either don’t like Israel or don’t care about Israel,” and that’s why they voted for Joe Biden. The media are also gaslighting the Jews: manipulating statistics to convince them of this false narrative.

But it’s not only the press that’s doing this. NGOs are also engaged in the effort. Take the Jewish Electorate Institute (JEI), for example, whose “July 2021 National Survey of Jewish Voters” has been widely cited by the media. According to the JEI poll, “Israel is the lowest policy priority for Jewish voters.”

Left-wing media outlets label the JEI as a non-partisan outfit. In fact, it is a fiercely partisan organization, the “registered agent” of which is Haile Soifer, who is also executive director of the Jewish Democratic Council of America (JDC). As Dr. Alex Joffe pointed out in an article on the topic for the Israeli think tank Begin-Sadat Center for Strategic Studies (BESA), “Not coincidentally, The JEI and JDC share the same address in Washington, D.C.”

Joffe wrote that the “gaslighting of Jews by other Jews on behalf of the Democratic Party and its progressive causes is in keeping with longstanding Obama-Biden-era practice.”

He explained: “The Obama administration pioneered the creation of a progressive echo chamber with ostensibly independent think tanks and communal organizations, such as J Street and NIAC, all of which were tied to prominent Democratic donors and dark money sources. The goal was to shape the information environment by regurgitating administration talking points through studies and legitimizing them through polls. The Jewish Electorate Institute is another iteration.”

Evidence of this lies in the fact that other, unbiased polls have found strong support among Jewish Americans for Israel. A Pew Research Center poll on “Jewish Americans in 2020,” for instance, found that 58 percent of all ages feel very/somewhat attached to Israel; 88 percent of Jews over the age of 50 said that Israel was essential or very important to what being Jewish means to them; and only 10 percent responded that Israel is not important to them. That latter number rose to 27 percent for those under the age of 30.

A 2021 Gallup study, “Americans’ Religion and Their Sympathies in the Middle East,” compared its polls from the years 2006-2013 to those conducted during 2014-2021 and found that “Jews in the U.S. have been in the past, and continue to be, overwhelmingly sympathetic to Israel … 94 percent of Republican Jews are sympathetic to Israel, more than to the Palestinians, compared with a slightly lower 87 percent of Democrats.”

Support for Israel among Evangelicals is well known, but, according to the Gallup study, Trump is likely incorrect in saying that it is higher than among Jews. Gallup didn’t single out Evangelicals, but it did measure church attendance. The 2018-2021 data show that 73 percent of Protestants who attend services weekly are sympathetic to Israel, compared to 62-65 percent of Protestants who seldom or never attend church. This is very strong support for Israel, but it is lower than the 87-94 percent recorded for American Jews.

Indeed, the left is gaslighting the public by manipulating data to show that support for Israel has faded among American Jews. This pernicious effort to make American Jews deny the reality of their own feelings has seemingly worked on Trump.

He has been deceived and it’s important that he learn the truth. 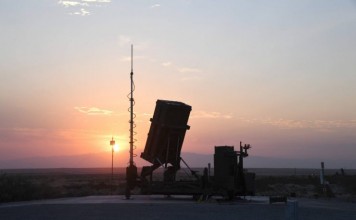