Lag B’Omer was approaching. The children in the neighborhood had collected wood during the past few days to make a large bonfire in an empty lot.

Eliezer saw a multicolored, painted broomstick lying outside his neighbor’s garage. He assumed that it was garbage and added it to the pile of wood waiting in the lot.


The afternoon before Lag B’Omer, Eliezer arranged the wood in a tall tepee-like structure, so that the fire would burn high and bright in honor of Rabi Shimon bar Yochai. He placed the painted broomstick in the center of the structure, to provide support, and piled other wooden pieces around it in a tepee fashion.

The neighbor happened to stop by, and admired the tepee structure Eliezer had built. Then he noticed the broomstick in the middle.

“I’ve been looking for my broomstick since yesterday!” the neighbor exclaimed. “I left it outside my garage, and was wondering where it went!”

“Someone must have thought that it was garbage,” Eliezer apologized.

“You’re not serious,” said Eliezer. “I just spent four hours setting up the wood. Taking out the broomstick would make the whole structure collapse!”

“I want my broomstick back,” repeated the neighbor.

“I’ll pay you for it, or buy you a new broomstick,” offered Eliezer.

“No, the broom head has an unusual hole,” explained the neighbor. “It’s very hard to find a stick that matches it properly.”

“No, I like the broom that I have,” said the neighbor. “I even decorated the broomstick.”

Just then, Rabbi Dayan happened to walk by. Eliezer approached him and asked:

“Can the neighbor demand his broomstick back, or does it suffice if I pay its value?”

“A person who steals is required to return the item itself when it is still intact,” replied Rabbi Dayan. “He cannot suffice with returning its value without the owner’s consent.

“Nonetheless, the Mishnah (Gittin 55a) and Gemara (B.K. 95a) teach that Chazal instituted that if a person stole a beam and affixed it in a building, he can pay its value, to encourage people to do teshuvah. Due to the significant potential loss entailed in dismantling the building, Chazal considered the beam as no longer existing intact, so that the thief can pay its value.

“However, this enactment was made only when the beam was affixed in a permanent manner to a building attached to the ground, or to a sukkah for the duration of Sukkos, which is considered as permanent for that week. Otherwise, this enactment does not apply, and the thief is required to return the beam itself” (C.M. 360:1; Sma 360:5).

“Thus, although the broomstick was placed in the middle of the bonfire, and removing it would cause the tepee structure to collapse, the obligation to return the stolen broomstick remains.

Erech Shai (360:1) suggests that whenever there is significant additional cost in returning the stolen item itself – such as if the thief sold it to a non-Jew, who demands a premium for returning it, or the item was sent afar – this is included in this enactment. However, his position is questionable” (Pischei Choshen, Geneivah 2:10[32]).

Perhaps dismantling the Lag B’Omer bonfire structure could be considered a “significant loss” and included in the enactment according to the Erech Shai. However, as mentioned, his position is questionable, and when in doubt about an enactment, we resort to the primary halacha” (Ketzos 362:3).

“Furthermore, the Erech Shai refers primarily to a financial loss, so that presumably even he would agree that in this case the thief is required to return the broomstick itself.

“Let me add,” concluded Rabbi Dayan, “that Rabi Shimon bar Yochai would not consider it an honor to have a bonfire made with stolen wood. You need to be careful what you take!”

Verdict: Eliezer must return the broomstick itself, even at the cost of dismantling the tepee bonfire structure. 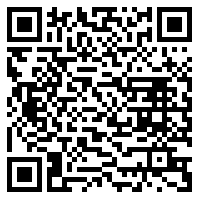