Moshe was the gabbai of a shul that had a kiddush every Shabbos Mevorchim in addition to the kiddushin sponsored by shul members for simchos or yahrtzeits.

The shul had a standard arrangement with the local caterer. Moshe would call and say, “Please deliver a regular kiddush this week” and the caterer, who had keys to the shul, would deliver the food on Friday afternoon and place it in the shul’s fridge and warming oven.

One Friday afternoon, Moshe walked into shul just before Minchah. The smell of chulent wafted up from the downstairs kitchen. Someone came up the stairs and asked Moshe, “Who’s making the kiddush this week?”

“What are you talking about?” replied Moshe. “I didn’t order a kiddush; no one sponsored this week!” He went downstairs and saw that food for a kiddush was set up. At this time, it was too late to call the caterer.

On Shabbos morning, Moshe decided to serve the kiddush food since it would mostly go to waste otherwise.

On Sunday, he called the caterer to ask what had happened. “My partner usually takes care of the booking, but he was away this week,” he replied. “It was so busy in the store on Friday that I didn’t remember whether you had ordered a Kiddush. I didn’t have your number, so I decided to deliver a kiddush to be on the safe side. If you want to pay me, I would appreciate it.”

Moshe approached the shul board, which was divided on whether to pay or not.

“We didn’t order the kiddush and didn’t need it,” some argued.

“We did serve the kiddush, though, and the shul members ate and enjoyed,” others replied.

They decided to turn to Rabbi Dayan.

“Since you served the kiddush and people benefited from it,” Rabbi Dayan said, “it would seem that you should pay partially.

“The Gemara [Kesuvos 34b; Bava Kama 112a] says that heirs who mistakenly slaughter and eat a cow that their father had borrowed are not liable as damagers or borrowers, but nonetheless pay demei basar b’zol (the cost of meat on sale) on account of the benefit and enjoyment they received.

“Similarly, the Gemara [Bava Basra 146b] says a kallah who broke off an engagement must return her gifts and pay for what was eaten demei basar b’zol (the cost when on sale). The Gemara defines the sale price as two-thirds of the regular price.

“One could also compare the kiddush to a lost item. The Gemara [Bava Metzia 28b] states that if a person finds lost items that are not economically feasible to hold on to and returns them to their owner, he should try to sell them at full value to recoup the owner’s loss. The Rambam and Tur [Choshen Mishpat 267:23] apply this ruling to food that is spoiling.

“In your case, it was already Shabbos, so the current value of the kiddush would be estimated at only two-thirds the cost” [Shach 267:16].

“Nonetheless,” concluded Rabbi Dayan, “the caterer took a calculated risk in delivering the kiddush, knowing that you might not have ordered it and would refuse to pay. Therefore, you cannot be held legally liable; it is similar to aveidah mida’as (a self-intended loss). But although you are not legally liable, it is morally proper to pay the caterer two-thirds of the cost of the kiddush for the benefit you received.” 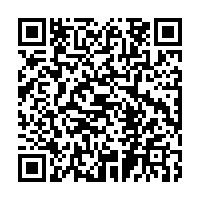