Yosef was an electrician and had done extensive work for Shimon in his new house. Shimon, however, refused to pay the full amount Yosef charged him. He claimed some of the work was never done and some of it was not done properly. They tried to work out the dispute, but ultimately could not, so Yosef decided to sue Shimon.

Yosef suggested a number of batei din, but Shimon rejected them all, insisting that the case be adjudicated in his community’s beis din. “The accepted ruling is that the plaintiff is drawn after the defendant,” he argued (Choshen Mishpat 14:1).


“I would prefer elsewhere,” Yosef said, “but I’ll go along with your preference.” He submitted his claim to the beis din in Shimon’s community.

A week later, Yosef heard that one of the dayanim served as the rav of a shul where Shimon was an influential board member. “How can he adjudicate a case involving you?” Yosef asked him. “You are an influential member of his shul!”

Shimon wouldn’t budge from his position, so the two decided to speak to Rabbi Dayan. After hearing both sides present their cases, Rabbi Dayan said:

“The disqualification of nogei’a b’davar (vested interest) does not apply here. It only applies if there is a vested interest in the disputed money itself. In this case, the amount Shimon pays for the electrical work has no inherent impact on the dayan. It would be relevant only if the constituent was a significant donor, and the sum disputed was large enough to affect his ability to donate [Choshen Mishpat 37:1].

“The issue here is the close connection between the dayan and his constituent and the question of whether his judgment will be affected by this relationship.

“The Gemara [Kesubos 105b] teaches that a dayan should not judge someone he loves or hates since being objective will be hard for him. A witness is not disqualified on account of loving or hating one of the parties of a case because a witness reports facts, and we do not suspect that he will testify falsely because of his like or dislike. However, a dayan is required to evaluate and consider and might be subconsciously swayed in his deliberation by his feelings [Choshen Mishpat 7:7; 33:1].

“Nonetheless, a dayan is disqualified only if he is a very close friend of one of the parties; a regular friend is not disqualified. Therefore, a dayan can adjudicate the case of his student, his host when away from home, and his employer where the case itself does not impact his wages” [Shach 7:12; Aruch HaShulchan 7:9, 12].

“However, it is a middas chassidus (virtuous conduct) for the dayan to avoid judging even a regular friend if there is concern that he might not be objective,” concluded Rabbi Dayan, “unless each side chooses one dayan through the zabl”a process, since then they provide balance. The rav of a community can also adjudicate cases of his constituents, even of those who provide significant funding, since he is accepted by them [Sma 7:20; Pischei Teshuvah 7:14; R. Akiva Eiger 7:7].” 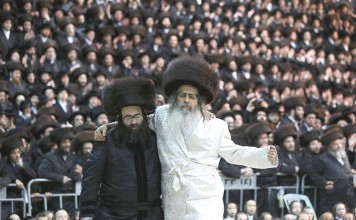 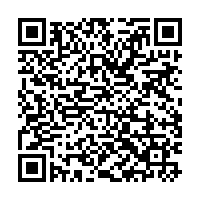