Mrs. Abrams gave birth to a boy on Tuesday morning. Her husband immediately contacted the mohel who had circumcised their other sons, and arranged with him to do the bris.

Mr. Abrams then contacted the shul’s gabbai and reserved the simcha hall for the following Tuesday morning.

The next day, another family asked the gabbai about using the simcha hall for a bris on Tuesday morning. “I’m sorry,” said the gabbai, “but the Abramses already preceded you.”

On Monday afternoon, the Abrams’ baby developed a slight fever. Mr. Abrams called the mohel. “I’m sorry, but we can’t do the milah when the baby has fever,” said the mohel. “You’ll have to wait at least until the fever subsides.”

Mr. Abrams contacted the shul gabbai. “Unfortunately, the baby developed a slight fever,” he said. “We will not need the simcha hall tomorrow morning. I’ll let you know when we’re able to have the bris.”

“I cannot promise that the hall will be available then,” said the gabbai. “People use it for all kinds of functions, including lectures in the morning. You’ll have to pay for the hall, regardless. Furthermore, someone else had asked to use the hall tomorrow and I had to turn them away!”

“It’s not my fault that I have to cancel,” objected Mr. Abrams. “It was totally unexpected that the baby would develop fever, and beyond my control.”

“I understand, but that is your issue,” replied the gabbai. “The hall remains available to you tomorrow. We even lost another prospective renter!”

“I would like to consult with Rabbi Dayan on this,” said Mr. Abrams.

“That’s fine with me,” replied the gabbai. “I’m happy to hear his ruling.”

“Is Mr. Abrams required to pay for the function hall? What about the deposit?”

“Ideally, the hall should be rented with a contract that specifies the cancellation policy,” replied Rabbi Dayan. “Whatever is stipulated is binding.”

In the absence of a contract, the common practice is binding. In most places, the practice is that the deposit is nonrefundable. There does not seem to be a clear practice, though, about the remainder.

Regarding hiring workers, the Gemara (B.M. 77a) teaches that if one hires workers for a job which then becomes irrelevant because of circumstances beyond control (oness) that neither party could foresee, or that could both foresee equally – the employer does not have to pay. Since he is in possession of the money, it was the workers’ responsibility to stipulate that they should get paid even in the eventuality of cancellation due to oness (C.M. 334:1-2).

Mordechai (B.M. #345) extrapolates to rental that if a tenant dies during the rental period, his inheritors are exempt for the remaining period, since the rental is canceled due to unexpected oness. However, Rashba (Responsum 1:1028) differentiates between rental and hiring; rental is like purchasing for the day, so that oness of the renter does not exempt him from payment.

Rama (C.M. 334:1) cites both opinions, and concludes that, on account of the dispute, the inheritors are exempt, but if the renter prepaid the entire amount – the inheritors cannot demand a refund. Although some Acharonim rule like the Rashba, the Shach (334:2) sides with the Mordechai, so that the decision of the Rama holds (see Machaneh Ephraim, Sechirus #5; Minchas Pittim 334:1; Pischei Choshen, Sechirus 6:8[24]).

From the Mordechai’s analogy to hiring workers, this seemingly applies to any oness that renders the rental impossible or useless. Furthermore, when canceling because of oness, the loss of alternate potential clients does not make a difference (see C.M. 333:2; Nesivos 333:5).

“Thus, Mr. Abrams does not have to pay the remainder,” concluded Rabbi Dayan, “but is not entitled to a refund of the deposit.”

Verdict: There is a dispute whether a renter who canceled due to uncontrollable circumstances (oness) is liable, so that each party remains with the money in his possession. 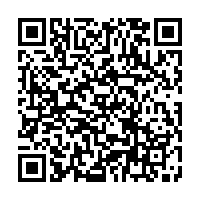