In May 2021, at the height of Arab rioting in major Israeli cities that overwhelmed the police, Commissioner Yaakov Shabtai said: “The person responsible for this intifada is Itamar Ben Gvir. It started with the demonstration of Lehava at the Damascus Gate, continued with the provocation in Sheikh Jarrah, and now he’s hanging out with Lehavah activists in the mixed cities. Yesterday we managed to calm down Akko until he showed up with activists on the bus and caused unrest. The police do not have the tools to deal with him.”

Regardless of what you may think about a police commissioner who blames the uprising of thousands of Israeli Arabs on a single man, outspoken and influential as he may be, Shabtai is now looking at the prospect of having Itamar Ben Gvir as his direct boss, should the Chairman of Otzma Yehudit attain the post of Minister of Internal Security. Personally, of all the outcomes of the right’s resounding victory last week, this is the one event I’d buy a ticket to watch.


Ben Gvir made no secret of his opinion as to the man responsible for the riots in a Facebook post that read: “The sole responsibility for tonight’s events in Lod, Bat Yam, Tveria, and Akko lies with the police, who exhibited helplessness in dealing with the terrorism of the Islamic Movement, which led the masses to take to the streets after realizing that the police had abandoned the residents of Lod. When the public feels insecure and a wild west atmosphere, it takes the initiative and picks up the law from the floor.”

Kobi Shabtai
You abandoned the residents of Lod
Abandoned our security
And now you blame Ben Gvir?
YOU FAILED.
GO HOME!

According to a Ynet report Sunday morning, senior officers affiliated with Chief Superintendent Shabtai have in recent days approached several officials close to the presumed Minister of Internal Security Itamar Ben Gvir asking for a reconciliation meeting between him and the Commissioner.

A senior police officer told Ynet that Commissioner Shabtai has been “disturbed and worried” about the possibility that Ben Gvir would sack him, based on the latter’s repeated calls to sack him (see meme above).

“Shabtai was counting on a fourth year in office and did not dream that Ben Gvir would be the minister in charge of him,” the senior police official said. “Shabtai understands that Ben Gvir will want to show the public quick results and he is afraid that the incoming minister would want to appoint a new commissioner himself. Shabtai will have to work hard to reach Ben Gvir’s heart.”

Ben Gvir is expected to demand an additional NIS 6 billion ($1.7 billion) to the ministry’s budget, to go to pay increases of 3,000 to 4,000 shekels a month to rank and file officers; add new police stations; and new technologies. He also stated in the past that he wants an easing of the rules of engagement for cops, allowing them to shoot at Arabs throwing stones and Molotov cocktails. “Until now, they waited for the terrorist to throw the bottle and then they shot. This is going to change,” Ben Gvir said in the past.

Part of Ben Gvir’s immediate circle at the ministry is expected to be retired superintendent Shlomi Katabi, the former commander of the Judea and Samaria police precinct. In 2018, Katabi chaired a committee to examine the status of security prisoners in Israel, whose recommendations were not implemented. Among other things, the Katabi committee reported that terrorist prisoners are running a “state within a state” in Israeli security prisons.

Soccer’s world cup games are scheduled to start on November 20 – Ben Gvir may take office in time to ban terrorists from watching them. It would be an excellent shot across many different bows… 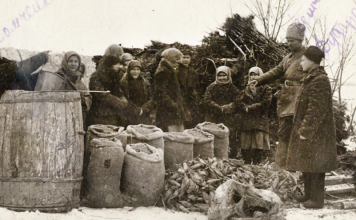 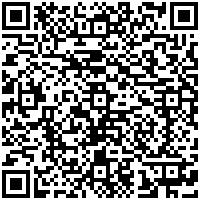