The questions relating to corona cancellations – of travel plans, hotel bookings, apartment agreements, school commitments, work assurances, wedding arrangements, etc. – are countless. The subject matter is not simple, and rulings will vary from case to case depending on the details. The two sides should also ideally try to work out an agreement between them if possible.

Before Pesach, we introduced three relevant Talmudic sources. The first concerned work that became impossible to perform due to uncontrollable circumstances. The second concerned a boat that sank with its cargo. The third concerned makkas medinah (widespread devastation) in a field that was rented on condition that the renter provide the owner with a certain amount of crops.


Based on the first source, a person who hired someone for a job, but then changes his mind due to uncontrollable circumstances that could not be foreseen by either side, does not have to pay the worker since he is in possession of the money. The same is true of people who agreed to rent an apartment but did not yet confirm the transaction with a kinyan.

If the person already paid, whether he’s entitled to a refund depends on many factors. A deposit to confirm a reservation to a typical “Pesach hotel” would seem refundable even if initially labeled non-refundable. The deposit demonstrates sincerity and serves as a penalty if the guest changes his mind. But changing one’s mind under the current circumstances is different, especially if the hotel can’t provide what it promised (Pischei Teshuva 207:13).

However, if the guest prepaid a significant portion of the cost for the Pesach hotel, since the hotel is now in possession of the money, it seemingly should not have to refund it (according to the first source) since neither party could have foreseen the problem (Pischei Choshen, Sechirus 12:1).

According to the second source, the question is: Who cannot fulfill the agreement? In many coronavirus cases, neither side can fulfill its commitment. The guest cannot come and the hotel cannot operate. Thus, the money should remain where it is (Choshen Mishpat 311:2-5; Shach 311:2; R. Akiva Eiger on Bava Metzia 79a Pischei Choshen, Schirus 3:14)

Nonetheless, the bulk of a Pesach hotel’s costs is food, staff, education, and entertainment, all of which goes away when a hotel does not operate. Even when a worker is entitled to payment for work he didn’t do, we reduce the pay since he didn’t toil (po’el batel). Accordingly, most money should be returned regardless (333:1-2).

Furthermore, based on the third source, since the inability to travel and congregate is due to a widespread makkas medinah, the guest is entitled to a refund of prepayment according to most authorities. In the case of a widespread fire, the Rema rules that the renter is entitled to a full refund for the remaining months; the loss is entirely the landlord’s. Thus, seemingly, the Pesach hotel should have to refund the full amount (Choshen Mishpat 312:17).

(We should note, however, that the Ra’avan [#98] and the Chasam Sofer [Sefer Zikaron, p. 41] maintain that the loss of makkas medinah is split evenly when the loss cannot be attributed to the misfortune of one side more than the other [see also Sma 321:6; Shach 321:1].)

Customers of a Pesach Hotel, however, do not enter a standard rental or employment agreement. What’s involved is primarily a commitment (hischayvus) to provide a future service or room, which is governed by other rules of umdena (presumption). The clear umdena is that there was no intention to commit under the current circumstances, so the agreement is null and void from the beginning (Choshen Mishpat 207:4; Pischei Teshuvah 227:7; Nesivos 230:1)

In the case of a private apartment rental, the situation is different. First, the contract may be considered a kinyan on the apartment. Second, the apartment is usable, but the renter is prevented from coming.

In the former case, the landlord can also claim that they may have been able to rent the place to someone else (Ketzos 322:1). Therefore, it would seem that the landlord has a greater claim that he can retain part of the rental that was prepaid, in accordance with the Ra’avan, Machaneh Ephraim, and Ketzos (see Emek Hamishpat, Sechirus Batim #50 regarding Katyusha rockets in northern Israel during the summer of 2006).

However, if all people are confined to their homes by governmental restrictions and nobody can access rented premises, it’s fair to argue that the house is considered “burnt” so that the landlord also cannot uphold his commitment. The renter, then, would be entitled to a refund according to the Rema.

Regarding tuition refunds: There are several factors to consider. First, the school year is already underway, so employment cancellation comes into play. Second, many schools are offering online courses. Third, the Rema cites two opinions on who should suffer the loss in an educational makkas medinah. Fourth, the rationale of po’el batel has limited application in educational contexts since an educator often prefers teaching to being idle. Thus, an educational institution would have greater basis to withhold tuition that was already paid (Choshen Mishpat 321:1; 335:1). 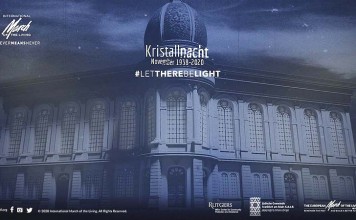