Somewhat Lacking
‘A Deaf Woman, An Imbecile…’
(Niddah 13b)

Several sorts of tumah require a person who contracts it to count seven days before his purification: a tamei meis, a zav, a zavah, etc. After counting seven days of purity, the person immerses in a mikveh and is purified. While the tamei meis simply counts seven days, the zav and zavahmust also ensure during these seven days that the source of their impurity (from their body) no longer exists.

Apropos of this topic is a far-reaching chidush of the Me’il Tzedakah (63), cited by succeeding generations of poskim. He discusses someone who begins to count seven days of purity but then stops because he believes the impurity returned. A day or two later, he realizes that he was mistaken – the impurity had not returned. What should this person do? Does he need to start counting a full seven days again? Can he pick up where he left off? Or perhaps his internal thoughts are meaningless. Perhaps the days he thought he was tamei (but was in fact tahor) count as part of the seven days. Thus, if he counted three days, thought he was tamei on the 3rd day, and discovered on the 5th day that he made a mistake, he would only need to count two more days.

The Help Of Others

In discussing this case, some poskim cite another one from our mishnah (13b), which determines that “a deaf woman…and an insane woman can eat terumah if they have a sane woman to rectify them.” In other words, although an insane person cannot take care of his or her purification, he or she can become pure with the help of others.

However, in light of the Me’il Tzedakah’s position that conscious, deliberate, uninterrupted thought is necessary, how can an insane woman become pure? (see Lechem Vesimlah 196:13; Birkas Yosef, E.H. 64; Responsa Beis Shlomo O.C. 36). Various answers and explanations are offered. Some say that our mishnah does not mean an actually insane person; rather it uses this term loosely to denote someone lacking somewhat in intelligence (see Birkas Yosef, ibid, and Shi’urei Shevet HaLevi, 196:8, sk 3). 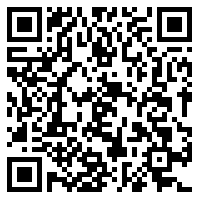