Accepted Custom
‘We Burn at the Sixth’
(Pesachim 11b)

The Gemara (4b and 5a) derives from pesukim that the biblical prohibition to eat and benefit from chametz takes effect at midday on Erev Pesach.

They Sought To Distance From Violation

The Gemara explains that although min haTorah one may eat and benefit from chametz until the end of the sixth hour (i.e., midday), the sages advanced the deadline for eating chametz because people might err regarding the time. On a cloudy day, people might eat chametz after midday, thinking it is only the fifth hour.

Why Not Burn Earlier As Well?

The Kesef Mishneh (Hilchos Chametz u’Matzah, 1:9) asks why R. Yehudah permits a person to wait until the sixth hour to burn his chametz. He argues that since the sages decreed that it’s forbidden to benefit from chametz in the sixth hour, they should have obligated a person to dispose of his chametz prior to that point (see Tosafos 12b, s.v. “neichol”).

A Matter Of Semantics

At first, the Kesef Mishneh suggests that perhaps R. Yehudah in fact means that a person must finish burning his chametz by the beginning of the sixth hour (i.e., the end of the fifth hour).

Nonetheless, the accepted custom is to burn one’s chametz prior to the sixth hour because bitul needs to be done again the next morning. The Rosh (Pesachim, siman 9, also cited by the Mechaber, Orach Chayim, 434:2) writes that it must be done again because the nighttime bitul doesn’t include the chametz one ate in the morning for breakfast. 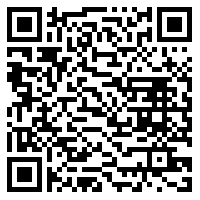