Last week, I related a story about a man, Reb Yosef, who was childless for many years. Pushed by his wife, he went to see the Maggid MiKozhnitz and insisted that the Rebbe bless him with a child. The Maggid asked him if he was willing to become impoverished, and he agreed. So, the Maggid sent him to the Chozeh MiLublin, who reminded Reb Yosef that when he was young, he had broken off an engagement and never properly asked the woman for forgiveness.

The Chozeh directed Reb Yosef to find her and ask for mechilah. After traveling to a faraway city, he amazingly bumped into her, and she agreed to forgive him if he gave his life’s savings to her brother to help him marry off a child. He did so, and he and his wife finally merited to have a son. When he gave his life savings to the brother, however, Reb Yosef astonishingly discovered that the woman who had forgiven him had really passed away 15 years before.


Now, let’s take a closer look at the story and what it teaches us. The very first lesson is that we must be very careful not to hurt someone’s feelings. Sometimes, hurting someone deeply can have a long-lasting effect and impede us from success in our own lives. In this case, Reb Yosef’s failure to ask for mechilah prevented him and his wife from starting their own family for many years. (Similarly, because the shevatim never properly asked Yosef for forgiveness, the 10 martyrs had to die.)

The second lesson is that if we do wrong to someone, we should make it our business not to procrastinate in asking for forgiveness. Because he put the matter off, Reb Yosef needed a miraculous intervention. The woman had to be brought back from the dead, and he needed to give up his entire life’s savings.

The third lesson is that we sometimes need to go to more than one tzaddik for help. In this case, it took the joint effort of the Maggid MiKozhnitz and the Chozeh MiLublin to rescue this couple from their misery.

The fourth lesson is that we must have emunas chachomim, complete belief in our tzaddikim, in order to avail ourselves of their help. Reb Yosef was willing to travel to faraway places and liquidate his entire fortune based on the advice of the Chozeh. Rav Chaim Kanievsky, shlit”a, says that when one has faith in the blessing of a tzaddik, the blessing is much more powerful.

So in the merit of our trust in our gedolim, may we be zoche to long life, good health, and everything wonderful.

As an afterword to my dear readership family: This week, there were over a million new cases of Covid-19 in America. Dr. Anthony Fauci and the CDC issued a warning that people should try to celebrate Thanksgiving at home. Thanksgiving is not necessarily our holiday, but I take this warning as a word of caution for those of us who are planning Chanukah gatherings.

Like many of you, I am drooling to once again get together with my children, their spouses, and all my grandchildren. But, we can’t let our guard down. Our families want us to be there for the long haul. The Pfizer and Moderna vaccines are already in sight. The Moderna vaccine has proven to be, so far, 95 percent effective. That’s astounding as the flu vaccine is only 50 percent effective.

So, with the help of Hashem, we can finally see the light at the end of the tunnel. Let’s not let our guards down as we head to the finish line. It’s worth being patient a little longer for the blessing of arichas yamim. Have a safe and wonderful Shabbos. 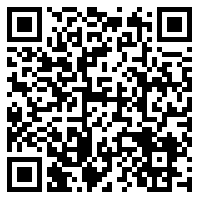