Hashem’s House Is No Different
(Pesachim 94a)

The Torah (Bamidbar 9:10-13) states that if one failed to offer the korban Pesach on the 14th of Nissan because he was ritually impure or on a distant road (“bederech rechoka”), he should offer a replacement sacrifice on the 14th of Iyar (Pesach Sheni). If, however, his failure to bring a korban Pesach had nothing to do with him being ritually impure or far away, he is punished with kares.

Our Gemara (supra 93b) defines “bederech rechoka” as beyond the city of Modi’in, which is 15 mil away from Jerusalem.

The Rambam (Hilchos Korban Pesach 5:2) rules that even if a person failed to offer a korban Pesach on the 14th of Nissan intentionally or due to willful negligence, he can still spare himself from kares by offering a Pesach Sheni sacrifice. If he doesn’t bring a Pesach Sheni, however, he receives kares even if his failure to bring it was due to an oness (unpreventable accident).

It Was Only An Accident

The Ravad (ad loc.) disagrees with Rambam’s distinction. He maintains that even if one’s failure to bring a korban Pesach due to tumah or derech rechoka, he is subject to kares if he willfully neglects to bring a Pesach Sheni sacrifice. 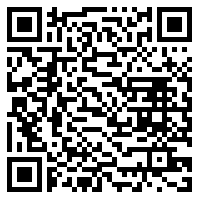