Professor Yonatan HaLevy, president of the Shaare Zedek Medical Center in Jerusalem, recently spoke with The Jewish Press on Israel’s battle with the corona pandemic.

The Jewish Press: The coronavirus has been with us for a year now. How much longer will it be before we can live the way we used to?


HaLevy: In Israel, we are in a race between the vaccination campaign and the British mutation, which has spread throughout the country. I have no doubt that we are about to win. We have already started to gain the upper hand. The numbers are coming down.

If you take Shaare Zedek as an example hospital, we went down from 125 to 89 corona patients at the end of last week, and, baruch Hashem, not because the patients died.

In addition, the number of people on respirators has dropped by about 30 percent. We also do not see cases of anyone seriously ill over 60 a week or more after receiving a second vaccine shot. Among people who received two vaccine shots, the chances of becoming ill are less than five percent.

How can we beat the virus if only half the population agrees to be vaccinated?

First, I believe more and more people will take the vaccine. The fake news about exaggerated dangers has frightened a lot of people. In the over-60 bracket, we have reached a vaccination rate of over 90 percent. People between 60 and 90 are now at 91 percent. You do not need 100 percent to achieve herd immunity, and I don’t think we should chase after it.

I can’t promise you that there won’t be any more cases of corona, but that’s not the main thing. The main thing is preventing severe illness. We are heading in that direction.

Every day we read that in one country there are 50,000 new corona infections, in another country 40,000, and so on. Suppose we succeed, G-d willing, in getting the pandemic in Israel under control, won’t mutations from all over the world arrive the minute we reopen Ben Gurion Airport?

I don’t like cataclysmic scenarios. I prefer to be cautiously optimistic. Most of those high numbers are asymptomatic. Very few of the infections are severe. New mutations can be expected, but, worse comes to worst, we will have to give a new vaccine next year. But with all that we have learned, the next vaccine will be far easier to produce.

The British mutation has proven to be more fatal among the middle-aged and younger people than the original virus, but one thing that is common among the casualties is that they hadn’t been vaccinated. So instead of emphasizing the difficulties we face, and doubting our ability to win the battle, the message should be: Vaccinate, vaccinate, vaccinate!

I’m sure science will soon show that we can vaccinate youngsters from 12-16 and then even children.

Should pregnant women be more cautious?

Some caution is called for, especially in the first 13 weeks of pregnancy, but there is absolutely no scientific proof to support claims that the vaccine affects fertility, the embryo, etc.

Recent research in Israel has discovered a possible cure for Covid-19. If further study confirms the hope, how long will it be before the medicine is available to the public?

While I admire the work being done at Ichilov Hospital and Hadassah, these have been small observational studies. Fully regulating a new medication usually takes up to three years. 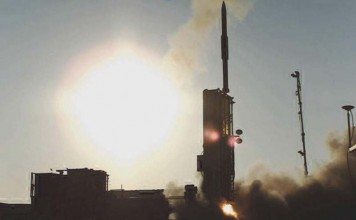 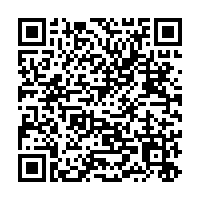