The Minchas Elazar (Divrei Torah 1:117) writes that some miserly people look for every excuse to exempt themselves from giving tzedakah. For example, when a poor person approaches them at night, they claim to follow the Arizal’s practice of not giving tzedakah at night.

The Minchas Elazar writes that these people misunderstood the Arizal’s practice. The source of his practice, though, is our Gemara.

Night Is a Time of Harsh Judgment

The Chida (Birchei Yosef, Orach Chayim 235) writes, “Night is a time of strict judgment. Therefore, according to the students of the Arizal, it’s not a time for giving tzedakah.” The Chida makes this remark on the Shulchan Aruch (Orach Chayim 92:10, Yoreh De’ah 249:14), which states that it’s proper to give tzedakah before davening, as Tehillim 17:15 states, “With tzedek, I will behold Your presence.” The Arizal thus gave tzedakah before Shachris and Mincha, but not before Maariv.

Why not before Maariv? The Gemara states that R’ Chinena bar Papa once walked outside at night to distribute tzedakah to the poor. On his way, the prince of destructive spirits met him and demanded to know why R’ Chinena was trespassing on his domain. R’ Chinena answered by quoting Mishlei 21:14: “A gift in secret overturns anger.”

The simple explanation of this story is that the prince of spirits asked why R’ Chinena walked about at night when destructive spirits roam. R’ Chinena answered that he relied on the merit of tzedakah to protect him. However, the Chida read this story differently. According to him, the prince of spirits said that tzedakah at night does not have the same ability to arouse Heavenly mercy as it does during the day since night is a time of strict Heavenly judgment (see Divrei Torah, ibid; Maharsham 2:43). R’ Chinena replied that tzedakah is actually effective at all times.

According to this explanation, the very source of the Arizal’s practice makes it clear that giving tzedakah at night is not problematic. It’s just that during the day it’s more beneficial as it awakens a greater degree of Heavenly mercy. Thus, the Arizal didn’t give tzedakah before Maariv, but one may certainly do so if one pleases.

Do Not Turn Away a Poor Person

However, all opinions agree that one should not turn away a poor person who asks for tzedakah at night. If a person does so, he transgresses the commandments of “You must open your hand to him” (Devarim 15:8) and “Do not harden you heart; do not clench your hand” (ibid., 15:7).

The Arizal favored giving money during the day only when putting money in a tzedakah box for example, not when there was a question of turning a poor person away empty-handed.

The Aparkasta D’Aniya writes, “At no time, and under no circumstances, should one ever refrain from giving tzedakah.” The Arizal only meant that at night a person should not meditate on kabbalistic intentions before giving tzedakah as he would when giving tzedakah during the day.

He adds: “This practice has no relevance to the majority of people who in any event don’t know the kabbalistic intentions one should have while giving tzedakah. They should give tzedakah at all times, with wholesome simplicity. Hashem, who cherishes tzedakah, will position every mitzvah in its appropriate time and place.”

The Tzanz-Klausenberger Rebbe, zt”l, writes that the custom of his great grandfather, the Divrei Chaim of Tzanz, was to give his attendant tzedakah at night to distribute and the attendant would distribute it the following day (Divrei Yatziv Orach Chayim, 293; see Divrei Torah for more details on the Divrei Chaim’s practice). 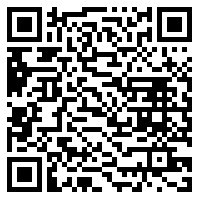