I am not a racist. When someone says that, he is often seen as having some degree of latent racism.  Just like someone saying  ‘some of my best friends are Jews’ might be seen as having some degree of antisemitism. Comments like those are in a category of ‘the lady doth protest too much, methinks’. I therefore understand why someone might see me that way when when I say it.


But there is no other way for me to communicate my feelings about racism other than to say I am not one. In fact I oppose racism and any form of prejudice with every fiber of my being.

I mention this because of my sincere belief that what is going on in America right now is a harmful form of racism in reverse by a left leaning  Zeitgeist with the best of intentions. Because of what happened to a black man by the name of George Floyd this phenomenon has gone into hyperdrive. George Floyd’s death ‘woke’ a lot of people up in what I believe is a counterproductive way.

To be ‘woke’ as it is currently being used is to be awakened to the degree of racism in this country. Which in the minds of many requires a radical remedy.

First let me acknowledge that racism still exists in this country. Probably a lot more than most of us are willing to admit.  For example I firmly believe that being black in America today places one at a distinct disadvantage in many situations. Not the least of which is when a black man encounters law enforcement. For reasons beyond the scope of this post, I believe that a black man will generate more suspicion on the part of the police than would a white man under the same circumstances. Whatever the reasons for that might be, it is nevertheless real and a gross injustice.

The problem with being ‘woke ’is what it is generating. Well meaning people are ‘going the other way’ – in order to make up for past injustices based on race. While in theory that might seem like a good way to achieve an eventual equitable outcome, you cannot correct one societal inequity by creating another. That is exactly what Affirmative Action (mandated by the courts decades ago) does.

The idea behind Affirmative Action is to give preference to the a member of a race that has historically suffered discrimination over someone from a race that hasn’t and yet might be more qualified. Whether for a job or entry to a top university. I have always found this form of equitable outcome troubling.

What it does in the world of higher education is tend to lower the standards of excellence required of students. This does not mean giving unqualified students preference over qualified students. But it does lower the bar for entry and perforce success in academics or in some cases job performance.  For example medical schools might be producing good doctors under a program of Affirmative Action,. But are they producing the best possible doctors?

The argument by its proponents is that the so called lesser qualified students are not necessary less qualified but did not do as well on standardized college entrance exams because of cultural biases built into them.  There may be some truth to that. But the solution to that is to fix the exams to make them culturally balanced. Not to pass over those who did better on them. In my view this is patently unfair.

Instead of realizing the folly of Affirmative Action we now have a ‘woke’ President doing it. He is choosing cabinet members and judges based on race and ethnicity instead of on qualifications. Something the President promised to do from the very outset of his campaign. This is a conscious choice by a President who promised to have the most diverse cabinet he could find. Which means not necessarily the most qualified.

This is not to say that the people he’s chosen aren’t qualified. I’m sure they are. But are they the best people for the job?  By chance, some of them may be. But clearly they were chosen by group identity first and qualifications second.

This is no way to run a country. True leaders need to be color blind. You look for the best people and hire them. You do not look at what color they are. This is how for example Condoleezza Rice, a black woman, was chosen to be Secretary of State by former President George W. Bush. She was chosen for her qualifications, not for her race. There are plenty of black people like her. But the now woke President seems to prefer his team look more like America than he does their degree of qualification.

That being said, racism must be opposed in all its ugly manifestations. But identity politics is not the way it should be done. Because that’s a prescription for mediocrity.

And yet this is the direction the country seems to be going. People that feel as I do are seen as latent racists no matter how much we protest we are not. We are being told by the extreme left that if we don’t buy into their narrative – we aren’t sufficiently ‘woke’; – blind to just how racist this country is; blind to how its very founding is based on racism.

And we are therefore told just how far we must go to eradicate it. The more extreme among the left (which seems to be increasing in number thanks to people like White Fragility author Robin DiAngelo) are telling us just how far we must go to root racism out of the system. Which incudes vilifying our founding fathers as irredeemable racists who built this country on the backs of black slaves. If you aren’t at least sympathetic to that point of view, then you are as racist as they were.

This is where we are now as a country. If things keep going in this direction then in my view we are headed for disaster of epic proportions. Identity politics could very easily turn the US into a second rate power giving way to countries that value excellence over diversity. 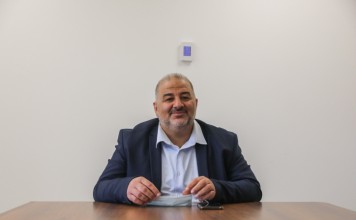 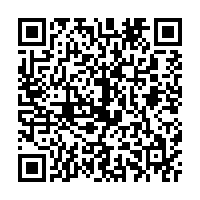