The Gemara relates that the Romans once issued a decree prohibiting Jews from studying [Torah] and performing mitzvos. Eventually, they succeeded in having the ban lifted and, in gratitude to Hashem, they declared that day a Yom Tov (when fasting and eulogizing is forbidden). This Yom Tov is similar to many other days mentioned in Megillas Ta’anis, on which fasting and eulogizing were forbidden due to a joyous event that occurred on those dates.

The halacha follows the opinion stating that after the destruction of the Beis HaMikdash, the Yomim Tovim mentioned in Megillas Ta’anis were discontinued. The Gemara (Rosh Hashana 18b) asserts that if after the churban they ceased to observe all the previously established [rabbinic] Yomim Tovim (except for Chanukah and Purim), they certainly would not have established any new Yomim Tovim.

Based on this Gemara in Rosh Hashana, the Pri Chadash (Orach Chayyim 496, Kuntress Haminhagim 14) asserts that the festival days declared by certain communities in celebration of deliverance from danger are not binding on the residents. The feasts eaten on these festive days (called “Purim” in certain communities) are considered merely seudos reshus (discretionary feasts), not seudos mitzvah, because the Gemara in Rosh Hashana states that after the churban we can no longer establish any new Yomim Tovim.

This is in contradiction to the view of Maharam Alshekar, cited by Magen Avraham (Orach Chayyim 686:sk 5), that when there is a communal agreement to declare a feast, they can require all those living at that time and even in later generations to celebrate this (“Purim”) festival.

A Dissenting View Based On Our Daf

The Chasam Sofer (Responsum Orach Chayyim 191, 163), however, disagrees, and cites our Gemara as proof that there were Yomim Tovim established even after the churban. (Indeed, the deliverance from the Roman decrees occurred after the destruction of the Beis HaMikdash.)

In addition to the proof from this Gemara, the Chasam Sofer argues that when the Gemara in Rosh Hashana states that after the churban we no longer establish any new festivals, it refers only to national festivals, not to festivals celebrated by individual communities.

The Chayyei Adam (siman 155:41) also makes this distinction and rules that it is a mitzvah for a community or family to make a feast of thanksgiving on the anniversary of a miraculous deliverance that occurred to them, and to this end he cites the Maharshal (Yam Shel Shlomo to Tractate Bava Kamma, siman 37), who says that a feast made for the sake of remembering and reflecting on the wondrous and miraculous ways of Hashem is a seudas mitzvah.

He also asserts that Pri Chadash would not have disagreed with the view of Maharshal, but Yam Shel Shlomo had not yet been printed in his time.

In A New Community

The Chasam Sofer (op. cit.) concludes that it is a mitzvah for a community to make a celebration on the anniversary of a miraculous deliverance that occurred to them. He cites the Yosef Ometz, who relates that they used to celebrate the 20th of Adar as a festival in Frankfurt because of a miracle that occurred to them on that date. He relates that his teacher, R. Nathan Adler of Frankfurt, kept that minhag even after he moved from Frankfurt (as is the view of Maharam Alshekar). The Chasam Sofer writes that he, too, continued to celebrate that date even after he moved to Hungary. However, in order to ensure that it is a seudas mitzvah according to all opinions, the Chasam Sofer would complete a masechta on that day and make a siyum. 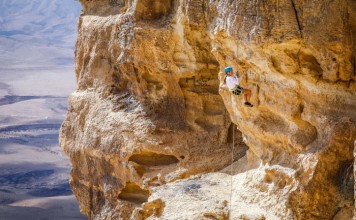