The Daf discusses the exclusivity of the Holy Temple in contrast to the bamot, the “high places” that ceased to serve once the [First] Temple was erected. That exclusivity may have been in effect only during the Temple’s existence and may have terminated with its destruction. Yet in Alexandria, the priest Chonyo, a descendant of Shimon HaTzaddik, had built an edifice where sacrifices were offered. Bet Chonyo, as it was called, was viewed in its time as a substitute place for sacrifices. Our Daf, in passing, mentions the sanctification of Shiloh, its aftermath, as well as the sanctification of the Bet HaMikdash. One of the components of building and maintaining the Bet HaMikdash was the investment of sanctity in its vessels.

When the Greeks conquered Jerusalem, they defiled the Holy Temple and the altar with idols. When they were defeated, the Hasmoneans concealed the stones of the [defiled] altar and built a new one (Avoda Zara 52b). Maharsha (Shabbos 21b) states that the holiday is called Chanukah (“inauguration”) because they had the merit to build and inaugurate a new altar.

A Mitzvah On Its Own?

If we examine works by the Rishonim that deal with the count of the mitzvos, we find that some counted the inauguration of the altar as a mitzvah (Behag, Minyan Haparashiyos, os 4), but many left it out. The author of Megillas Esther (shoresh 3) gives two interpretations.

Secondly, since we do not offer a special sacrifice to inaugurate the altar although the Torah states that its inauguration must only be by means of the tamid, is this in any way a new mitzvah? To sum up the issue, Rabbi Yerucham Perla (on Rav Saadiah Gaon’s Sefer HaMitzvot, parashah 49) states that the inauguration of the altar is not an essential prohibition or mitzvah with its own content, but the Torah states that the altar will not be fit for its task if these and other instructions are not observed.

Mashiach On The Eve Of Pesach

Rabbi Avraham Pardo (cited in Responsa Yosef Ometz, 6) wondered: If Mashiach comes on the eve of Pesach and the altar will be built in the afternoon, after the time to sacrifice the morning tamid has elapsed, would the paschal sacrifice not be offered because the altar has not yet been inaugurated? Indeed, if we follow the opinion that an altar that has not been inaugurated is not an altar at all, the paschal sacrifice should not be offered. But Rabbi Pardo disagreed, and in his opinion, the fitness of the altar does not depend solely on the mitzvah to inaugurate it. Therefore, offering the paschal sacrifice, which is a positive precept whose omission entails karet, supersedes the mitzvah of inaugurating the altar. Other Acharonim believe likewise. (See Sefer Hamafte’ach on Rambam, Hilchos Temidin U’Musafin 1:12, stating that the Netziv and Aruch HaShulchan opined similarly; see also Avi Ezri, ibid., whose novel approach is that according to Rambam, the halacha is only not to start sacrificing on the altar with the afternoon tamid, but that any other sacrifice can inaugurate the altar.)

We have addressed the definition of this mitzvah and its implications and the issue as to whether the inauguration of the altar constitutes a requisite condition for its becoming fit for use. But the Chazon Ish (Menachos 30:3-5) maintains that we have not fully comprehended the mitzvah. To understand his statement properly, we must first emphasize that klei sharet (Temple vessels) become sanctified by being inaugurated at a service (Yoma 12b). In other words, a Temple vessel is sanctified when a Kohen serves with it in the Temple with the intent to sanctify it. 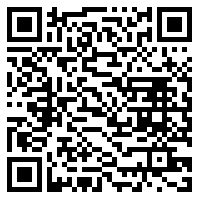