Hallel On Purim?
“Its Reading Is Its Praise”
(Megilla 14a)


Purim stands apart from the other Yomim Tovim in that on the others, the Shalosh Regalim – Pesach, Shavuos and Sukkos, which are biblical, as well as Chanukah which is rabbinical, we recite Hallel as a praise to Hashem for providing us of His munificent bounty as well as the great miracles that He has performed (and continues to do) for us. However, when Purim comes, not a single word of praise in the form of the Hallel prayer is to be heard in any of the synagogues and batei midrash where Jews gather to pray and celebrate our deliverance from the hand of the evil and wicked Haman.

Indeed, the Gemara on our daf asks this question. If the Sages were allowed to decree the reading of the Megillah, then why did they not enact the recital of Hallel for the great miracle that occurred?

R. Nachman offers a novel answer. Its reading is its praise, through the reading of the Megillah, which recounts the wondrous miracle that occurred, we are actually praising Hashem for having rescued us from the hand of Haman.

Rava notes that in all the other instances where we celebrate with the recitation of Hallel, we proclaim our total fealty and service to one master – Hashem, with the words (Psalms 113:1) “Hallelu-ka; Hallelu avdei Hashem… A praise to Hashem; servants of Hashem sing praises…” Relating to the miracle of Purim, however, though we were delivered from certain death, we nevertheless remained vassals of Ahasuerosh.

The Meiri (ad loc) sees a practical halachic difference between these reasons.

The Requirement Of The Day

According to R. Nachman (“Its reading is its praise”) in the event one is unable to read or hear the Megillah (on Purim), he is obligated to recite the standard text of Hallel in its stead (whereas, according to the other reasons cited in the Gemara, one would never recite Hallel on Purim). Thus, he fulfills the Hallel (praise) requirement of the day. This he rules as the actual halacha, and therefore, one who for whatever reason is unable to attend the Megillah reading on Purim, according to his ruling, is obligated to recite the Hallel.

Sha’arei Teshuva (Orach Chayyim 693:3), disputes this and submits that since the Sages never instituted the recitation of (the standard text of) Hallel on Purim, therefore many of the poskim rule that it may not be recited even if one is lacking a Megillah. However, he notes that numerous authorities, amongst them Behag [Ba’al Halachos Gedolos] and Rambam, cite the reason for the recitation of the Megillah is its praise, which would seem to infer that where one cannot offer that praise by Megillah reading, one would have the option of fulfilling that requirement by reciting Hallel. Thus, he concludes that such recitation, if done without the blessings both before and after (just as one is permitted to recite Tehillim), so is one permitted to recite the passages from Hallel on Purim. He goes further in that even if one possesses a Chumash in which the Megillah is found, and reads it from there, his reciting Hallel as well is better, for Chazal enacted that one fulfills the reading of the Megillah only with a scroll that was written following the rules that they set down for the writing of such a scroll. 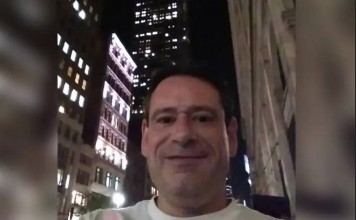