An Outcast
“He Shall Dwell Outside His Tent”
(Moed Katan 7b)


The Gemara discusses the laws of the metzora, including the obligation to distance him from the camp of Israel. The Torah states, “All the days that his affliction is upon him, he will be impure. He shall sit alone; outside the camp will be his place” (Vayikra 13:46). When Bnei Yisrael traveled through the Sinai Desert, they were divided into three encampments: Machaneh Kehuna – where the Mishkan was erected; Machaneh Leviya – where the Leviim lived; and Machaneh Yisrael – where the rest of the Jewish people lived. The metzora was banned from all three encampments. When Bnei Yisrael arrived in Eretz Yisrael, the metzora was banned from walled cities, but he was allowed to remain in cities that were not walled.

The Gemara explains that in order not to impinge upon the metzora’s mitzvah to rejoice during the festivals, the Kohanim would not check a person for indications of tzara’as during the Moed. Thereby, he would not be diagnosed with tzara’as, and would not be forced to dwell alone outside the city.

One would think that this ruling should not apply to a resident of an unwalled city. Even if he was diagnosed with tzara’as, he could still remain home for Yom Tov. Why then should the Kohen refrain from examining him? Reasonable as this may sound, no hint of this exception is found anywhere in Shas.

Rabbi Yechiel Michel Epstein, zt”l, author of the Aruch HaShulchan, authored a fascinating companion set entitled Aruch HaShulchan Ha’asid, a compendium of the halachos that will become relevant after Moshiach comes and the Beis HaMikdash is rebuilt. There, he discusses the laws of tzara’as, and presents a novel chiddush. He writes that although a metzora may remain in an unwalled city, he may not associate with other people there, as the pasuk says, “He shall dwell alone.” Accordingly, we can well understand why even in an unwalled city, the Kohanim refrain from examining people for tzara’as during the Moed.

The Four Metzoras from Shomron

When the Gemara refers to walled cities in reference to the laws of redeeming sold property and the laws of reading Megilla, it refers specifically to cities that were walled in the time of Yehoshua (Megilla 2b, 3b; Rambam, Hilchos Shemita 12:15). The Bartenura (Keilim 1:7) writes that the same applies to the metzora. He need only leave a city that was walled from the time of Yeshohua. This is the opinion of many Rishonim (Rashi and Rosh on Keilim, ibid; Tosefos, Arachin 32b; Rashi on Megilla 10b, Shavuos 16a. See Mishneh L’melech, Hilchos Beis Habechira 7:13).

The Rambam writes that a metzora must leave a walled city in Eretz Yisrael. He makes no mention that this applies only to cities that were walled during the time of Yehoshua. Some infer from this that he argues against the Rishonim cited above (see Haksav V’Hakabbala, Vayikra 14:40).

In the Haftarah for Parshas Metzora, we learn about four metzoras who were sent out of the city of Shomron (Melachim II, 7:3). Shomron was built by Imri, the father of King Achav, many years after Yehoshua (see Melachim I, 16:24). Nevertheless, the metzoras were forced to leave the city. This seems to be a proof for the Rambam.

To resolve the question against the other Rishonim, Rabbi Akiva Eiger (Keilim, ibid) suggests that perhaps Imri did not really build Shomron. Perhaps it had already existed from the time of Yehoshua, but Imri fortified it and made it into his capital city. The Aruch L’ner (Teshuvos Binyan Tzion 2:60) argues against this. He cites from the Gemara (Sanhedrin 102b) that Imri merited to become king of Israel in reward for having added a city in Eretz Yisrael – namely, Shomron. If the city had already existed, and Imri only fortified it, this would not be considered adding a city.

Rather, he explains that according to halacha, the four metzoras were not required to leave Shomron. The kings of Israel were often known for their jealousy of the kings of Yehuda. They wanted to have their capital, Shomron, on par with Yerushalayim. Since Yerushalayim has exceptionally stringent laws of purity, they invented baseless restrictions for Shomron. Therefore, they exiled the metzoras. (See also Meshech Chochma, Parshas Metzora.)

Rabbi Yehonasan Eibshitz also asked why the metzoras were forced to leave Shomron. He explains that the metzoras from the Haftarah were not stricken with the tzara’as of impurity that the Torah discusses. Rather, they had a contagious skin disease, which the posuk compares to tzara’as. They were exiled from the city in order to quarantine them and prevent them from infecting the rest of the city. Rabbi Ephraim Margolios cites a proof for this from the fact that the four so-called metzoras shared company with one another. A real metzora must be isolated (Margolios Hayam 15, Sanhderin 107b). 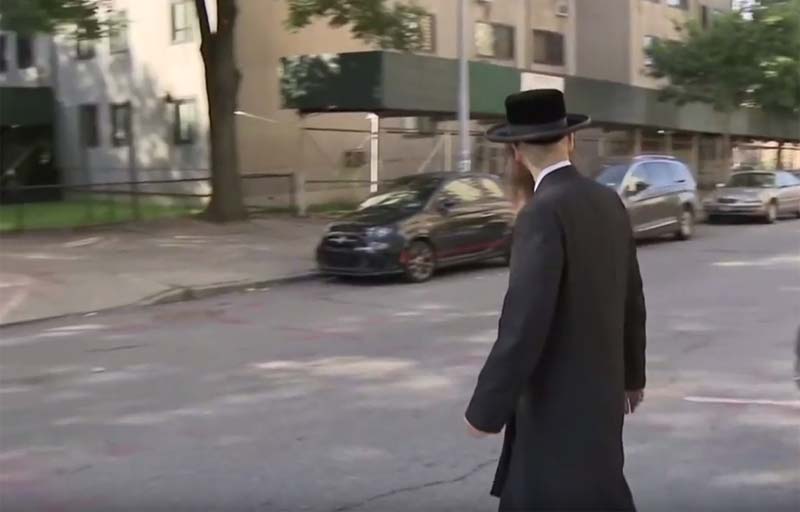