Ever Vigilant
‘When Unworthy, One’s Number Of Years Is Reduced’
(Yevamos 50a)


Rabbi Akiva deduces from the verse (Shemos 23:26), “The number of your days shall I fill,” that a person does not live more than the number of years predestined for him (prior to birth), regardless of his merits. He notes that a person could lose years by committing sins, but one cannot gain additional years through good deeds (for a person is rewarded for good deeds in other ways). The Sages disagree and maintain that just as a person might lose years because of sins, he has the ability to gain years as a reward for his good deeds.

Scripture (II Kings ch. 20) relates that when King Hezekiah took ill, the prophet Isaiah told him that he was destined to die as a result of his illness. Hezekiah immediately prayed and cried out to Hashem, whereupon Isaiah prophesied that Hashem had granted the king 15 additional years of life.

The Gemara (Chagigah 4b-5a) relates an incident in which the life of a woman was taken prematurely (i.e., before her predestined time) by the agent of the Angel of Death due to a case of mistaken identity. The Angel of Death, not wanting to return the woman to life, explained that her unfinished years would be given to a Torah scholar who was accommodating and forgiving in dealing with others – and he will be the woman’s replacement.

Tosafot (Yevamos 50a, s.v. “Mi’shelo hosifu lo”) explain why this incident does not pose a challenge to Rabbi Akiva’s position. Rabbi Akiva agrees that years that were allotted to one person can be transferred to another, as long as the total number of allotted years (for both people) has not been augmented.

Whose Years Were They?

Maharsha (supra 49b) asks why Rabbi Akiva did not answer the challenge posed by Hezekiah’s added years, namely, that Hezekiah’s additional 15 years had been transferred to him from someone who had died prematurely. Why did Rabbi Akiva feel constrained to say that Hezekiah regained his own years which had been taken from him and were later returned?

Maharsha brushes off his own question and answers that saying so (that he received the years of another person) can only be true if the Gemara openly states it.

Aruch LaNer (Yevamos 50a) explains that the Gemara indicates that when the Torah scholar obtained the deceased woman’s years, he was considered her replacement. Thus, a person who obtains another’s years assumes the existence of the deceased person. Consequently, the Gemara knew that King Hezekiah’s final 15 years did not originally belong to someone else, because if that were the case Hezekiah would have ended his life as a private citizen and would not have been able to continue serving as the King of Israel.

In Kunteres La’Maor (Introduction to Shalmei Regalim) there is a discussion as to whether years that have been added to one’s allotted lifespan are considered part of his/her years in relation to the following:

R. Yochanan (Yoma 38b) states that if the majority of a person’s years have passed and he has not sinned, he need not fear that he will sin.

However, according to the assumption that one may be living years that have been acquired from another person, perhaps one should be concerned and ever vigilant that he is now judged according to a new reckoning. Indeed, Scripture states (Proverbs 28:14), “Praised is one who is ever fearful…” [of sin]. 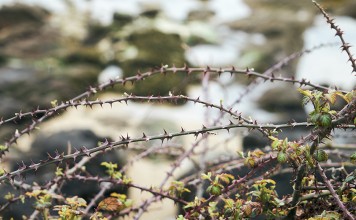 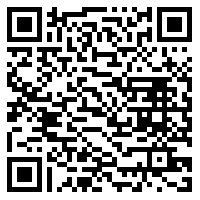