A Confession
“Payment For Humiliation And Depreciation …”
(Ketubbot 41a)


The Mishna states that one who comes to court and confesses that he seduced (or violated) a na’arah besulah (a maiden between the ages of 12 years and 1 day and 12-and-a-half years) is exempt from the statutory 50-shekel fine because there is a rule that Modeh bi’kenas patur, that is, one’s own admission of having committed an act for which a fine is prescribed cannot render one liable to pay it. The Mishna notes, however, that this person is obligated to pay for boshet (humiliation and indignity suffered) and pegam mamon (blemish or depreciation, namely, compensation for actual damages) by his own admission.

The Rank of the Court

Another difference between kenas (fine payments) and mamon (compensation) concerns the rank of the court adjudicating and collecting these payments. Whereas any type of court can adjudicate cases involving ordinary monetary payments, the Gemara (41b) says that the courts in Babylonia were not authorized to levy fines. Rashi explains that this was because the Babylonian judges were not dayyanim mumchim (expert ordained judges) and only judges ordained in the Land of Israel had the authority to levy fines. Thus, in the absence of such ordained judges today, the courts are only authorized to collect payments from a violator for humiliation and depreciation, but not the 50-shekel fine.

‘And She Shall Be His Wife…’

The authorities debate whether a violator who confesses to such a crime is exempt from the commandment of (Devarim 22:19), Velo tih’yeh le’isha (“And she shall be his wife”), and whether the precept can be enforced today, in the absence of specifically ordained judges.

Tosafos (Kethubbot 35b, s.v. Lo kenas …) state that a violator incurs a stricter fine than a seducer because in addition to the 50-shekel fine (which a seducer must also pay), a violator is forced to marry his victim, whereas a seducer is not (Mishna, 39a).

HaRav Elchanan Wasserman (Kovetz Shiurim 35a, 127) infers from the statement of Tosafos that the obligation for a violator to marry the victim is not an ordinary precept, but should rather be classified as a fine. Since it is considered a fine, it follows, accordingly, a) that a violator is not obligated to marry his victim unless there are witnesses, but not by his own admission, and b) that the commandment cannot be enforced today since we do not have such ordained judges.

The Sefer HaChinuch states that although in the absence of ordained judges today, the courts lack the authority to levy a fine from one who violates a na’arah besulah, the violator still has an obligation to marry his victim because the commandment “And she shall be his wife” is not a penalty or a fine, but rather an ordinary precept.

The Minchas Chinuch notes that according to Sefer HaChinuch, it emerges that even if the violator confesses his crime and obtained an exemption from paying the fine, he is still obligated to marry the victim since the obligation of “And she shall be his wife” is an ordinary commandment and not a fine. (See Radvaz 1:19, who is of the same opinion.)

The Maharshal (Yam Shel Shlomo 8:6) indicates that a violator is forced to marry his victim not as a punitive measure, but to remedy the injustice that he did to her, since after being defiled she might not be able to find anyone willing to marry her.

The Semak (as cited in Kovetz Shiurim end of 121) asserts that if the violator is a married man, and thus is unable to marry his victim (due to Rabbeinu Gershom’s ban on polygamy), he is obligated to provide her with a generous dowry, making her more attractive as a prospective mate and thereby helping her to find a suitable husband.

However, if he decides to marry the seduced girl, he fulfills the precept of “And she shall be his wife.”

Moreover, the Tashbatz says that this precept applies even in the case of a defiled bogeres (a maiden past the age of 12-and-a-half years, even though the Torah did not impose the 50-shekel fine in the case of a bogeres). 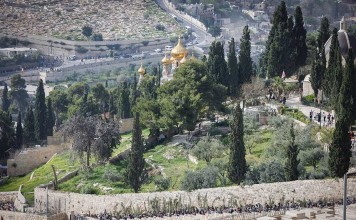 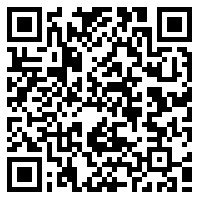