There is a well-known custom for the chasan and kallah to fast on their wedding day before the chuppah. The Maharam Mintz cites this custom in the conclusion of a special treatise he authored, in which he compiled many of the laws and customs regarding kesubos and weddings (109). He offers two reasons for the custom.

A Day of Atonement

Our Sages tell us that on their wedding day, a chasan and kallah are forgiven for their sins (Yerushalmi, Bikurim 3:3). They derive this from the change in name of Esav’s wife; when Esav saw that Yaakov was on his way to marry a daughter [or daughters] of Lavan, his mother’s brother, he decided that to make his parents happy [as they were not happy with his Canaanite wives] he would marry the daughter of Yishmael, his father’s brother. He therefore went and married Machalas daughter of Yishmael (end of Parshas Toldos). The Gemara asks, is not her name Bosmas (as we see at the end of Parshas Vayishlach)? The Gemara says it therefore teaches that he was forgiven all his sins [and she as well]. However, we know that unfortunately the next day he returned to his evil ways.

Therefore, it is customary for every chasan and kallah to fast, just as we do on Yom Kippur, when our sins are also forgiven. Furthermore, if they were to eat before their chuppah, they might drink alcohol, and not be perfectly lucid for the wedding ceremony (cited in Magen Avraham, 573. See Otzar HaPoskim 61:1 s.k. 10-1 for other reasons noted by the poskim).

The practical difference between these two reasons applies when the kiddushin and nissuin are held on two different days (as was once the universal custom). The kiddushin is when the chasan gives the kallah a ring (or any other valuable object), and declares that she is “sanctified” to him and may not marry any other man. The nissuin is the completion of the marriage ceremony, in which he takes her under the chuppah and fully makes her into his wife. Today, the two ceremonies are generally performed on the same day.

When the Father Accepts His Daughter’s Kiddushin

According to Torah law, a father can accept a ring or other valuable object on behalf of his daughter (who has not yet come of age), thus entering her into kiddushin. In such a case, the kallah would not need to fast. Since she is not yet liable for her sins, she need not fast in atonement. Furthermore, since she will not participate in the kiddushin ceremony, she need not fast to remain lucid. Her father, on the other hand, must fast, according to the opinion that the chasan and kallah fast to remain lucid. He too must be lucid to accept the kiddushin on his daughter’s behalf (Maharam Mintz, ibid; Magen Avraham O.C. 573. See also Pri Megadim).

Some Sefardic authorities rejected the custom of a chasan and kallah fasting. Since the wedding day is like a Yom Tov for them, these Sefardic poskim ruled that it is forbidden for them to fast (see Harei Besamim p. 76c; Otzar HaPoskim ibid, 4; Nisuin K’Hilchasam ch. 6).

Wedding on a Holiday

Even in communities where it is customary for a chasan and kallah to fast, they should not do so if they get married on a holiday such as Chanukah, Tu B’Shevat or Tu B’Av, days on which it is forbidden to fast (see Shulchan Aruch and Mishna Berura 573:1). However, the Beis Shmuel rules that even in such a case, the chasan and kallah must be careful not to overindulge in food and drink.

The Rema (Darkei Moshe O.C. 580) cites an interesting custom of the Maharash – to fast on the days of his children’s weddings. The Likutei Mahariach writes that many observe this custom. (See Nisuin K’Hilchasam ch. 6.) 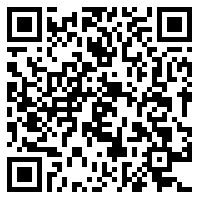