The Gemara (62b-63a) relates the story of Rabbi Akiva and similar stories of several other great Torah scholars who left their homes and traveled afar shortly after they married to engage in Torah study for a period of many years.

The Gemara (62a) notes that a Torah scholar should not leave his wife and stay away longer than a month. Thus it would seem that Rabbi Akiva and the other scholars were in violation of the Gemara’s rule.

In fact, Tosafos (62a, s.v. “Ela orcha…”) asks precisely that question: Why did these scholars leave for extended periods of time, showing no concern whether their wives agreed or not?

They answer that these Torah scholars knew that their wives wanted them to study Torah as they were exceedingly pious women who married their husbands with the intention that they should leave their homes to study Torah. (See Ritva ad loc.)

Rabad (cited by the Rosh) distinguishes between an ordinary Torah scholar and one whose sole pursuit is Torah study and who never wastes a spare moment.

Ra’ah (ad loc.) explains that the Gemara limits leave to one month when the husband does not specify how long he will be gone. If he asks his wife’s permission to leave home (either for business or for Torah study) and does not specify when he will return, the Gemara states that he has to return within 30 days. These Torah scholars left their home for a very long time because they specified how long they would be gone.

The Gemara (62b) relates the case of a Torah scholar who failed to arrive home at the designated time, thus causing his wife great anguish. Because he caused his wife anguish and she was reduced to tears, the scholar was severely punished and died prematurely. Thus, a person must be mindful of the fact that even if he is justified in leaving home for an extended period of time to study Torah, it is a terrible sin to cause his wife distress by arriving home late.

The Rule Does Not Apply

According to the Ri (Tosafos, s.v. “Elah urcha…” the above incident is unusual and the rule would not apply to Torah scholars, as the rules were set generally for ordinary laborers.

A Change of Occupation

The Chasam Sofer (Responsa, Yoreh De’ah 149) explains that we can assume that a wife understands the significance of Torah study and is delighted that her husband wants to become a Torah scholar. In fact, the Chasam Sofer infers from the text of Rambam (Hilchos Ishus 14:2) that a man who was a laborer when he got married is permitted to change his occupation and become a talmid chacham without his wife’s consent, even though she would be deprived of his company for a longer time (see Gemara 62b, “Chammar ve’na’aseh gammal”). The Chasam Sofer explains that there is an assumption that at the time of the marriage the wife was willing to sacrifice some of her personal comfort so that her husband would study Torah. Thus, they got married with the unspoken stipulation that the husband has the right to become a talmid chacham. Therefore, Rambam is of the opinion that later the wife cannot change her mind and prevent her husband from studying Torah. 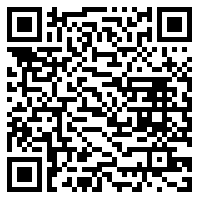