Gazans began their morning at 5 AM with the execution of 5 Gazan citizens accused of collaborating with Israel and premediated murder, according to a report by Abu Ali Express.

The Hamas Interior Ministry confirmed that this morning five convicts were executed. Two for collaboration with “foreign parties”, referring to Israel, and three for premeditated murder. Two were executed by shooting, and the rest were executed by hanging.


The executions took place at the al-Juazat headquarters in Gaza City in the presence of Mukhtars, professionals, and members of the victims’ families (in the cases of murder).

The names of 4 of the executed individuals are:

The Hamas Ministry of the Interior said the convicts were given the right to appeal their sentences. The executed were given a chance to meet their families before the executions.

Jibril Carmut was convicted a mere month-and-a-half ago for killing a Hamas policeman and a girl during a clan battle a few months ago, which would seem not quite enough time for a proper appeal process.

Murad Abu Zeid killed his victim, Amit Sharaab, in 2013. The family of the victim is opening a mourners tent for the first time, now that his murderer has been executed.

According to Palestinian Authority law, those executions orders required the signature of PA Chairman Mahmoud Abbas, but Hamas didn’t wait for his signature. 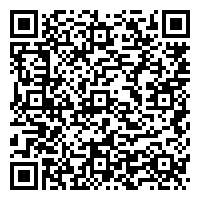