Mrs. Tamar was widowed while still young but had never remarried. She had one married daughter, who lived in another city, and a son, Shimon, who had never found his bashert (destined spouse) and lived with his mother.

After renting for decades, Mrs. Tamar decided to invest in a home to have a roof over her head that she could call her own till the end of her days. Shimon was also happy to invest his money in a home, rather than paying rent.


After looking around, Mrs. Tamar and Shimon decided on a house that cost $500,000. They discussed how to fund the purchase, which would require taking out a mortgage.

“I have money saved away, and you are still working,” Mrs. Tamar said. “We would own the house jointly.”

“That arrangement is fine with me,” agreed Shimon.

Years went by, and Mrs. Tamar passed away. As her children were financially established, she left her assets to a Torah institution in her will. The institution’s director came to settle ownership of the house with Shimon.

Meanwhile, the house had appreciated significantly and tripled its initial value. “Although the agreement was to own the home 50/50,” the director said, “since Mrs. Tamar’s down payment was 60 percent of the cost, we should get 60 percent of the appreciation.”

Shimon claimed, though, that since the arrangement stated that the house was owned 50/50 they should share the appreciation equally.

“At least, you should pay the excess $50K of the down payment,” argued the director.

“But my mother agreed that the house should be owned 50/50,” claimed Shimon. “I shouldn’t have to pay you anything.”

The two came before Rabbi Dayan and asked:

“How should the value of the house be divided? ”

“When two people buy something together, even if they provide different amounts of capital, sometimes the profits or increased equity is divided equally, barring a common practice otherwise,” replied Rabbi Dayan (C.M. 176:5; Nesivos 176:10; Pischei Choshen, Shutfim 3:18).

“The capital remains each person’s, though, so that if the partners disband, each is entitled to receive back his capital in accordance with his investment” (Pischei Choshen, Shutfim 3:16[35].

“Regardless, if the partners stipulate how the profits should be divided, whatever arrangement they made is binding, since in monetary matters the Torah validates whatever arrangement parties make between themselves (when it doesn’t involve prohibitions)” (C.M. 225:5).

“Moreover, if the partners agreed that the ownership itself in the partnership should not be according to the capital provided, the stipulation is binding. We view the party who provided more as granting the other a gift.

“On this basis, many rule that if two mechutanim buy a home for their children who are getting married, and the home is registered jointly in the children’s names, they share equal ownership, even if one family provided more than the other, although some disagree” (see Kovetz Teshuvos HaRav Eliyashiv 2:145).

“In our case, since the agreement was that Mrs. Tamar and Shimon should be 50/50 owners in the home, even though she provided $300K capital, their arrangement is binding; we consider the excess $50K that she paid as a gift to her son. The converse would be true if the mortgage was more than the down payment; the excess taken would be considered a gift from Shimon to his mother.

“Since the home is owned equally, the subsequent appreciation should also be shared equally,” concluded Rabbi Dayan, “so that half of the current value is owned by Shimon, and half by the mother’s estate, to which the Torah institution is entitled.”

Verdict: Partners who provided unequal capital, but stipulated that the partnership be equal, divide the profits and/or capital equally according to their agreement. 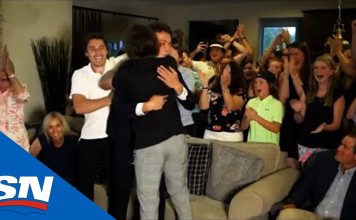 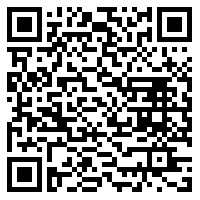