Our Daf contemplates whether certain functionaries are considered agents. The Gemara examines instances where the category of messenger may apply. We may possibly learn from other instances cited in Shas. The Gemara at Baba Kama 104a discusses the qualifications of a messenger in general as well as in a certain circumstance.

As part of the Yom Kippur service, a goat was led for a three-hour walk from the Beis HaMikdash to the stop of a steep cliff. There, the person who accompanied it, charged with achieving atonement for the sins of the Jewish nation, threw it down to its death.

The Torah instructs us to appoint a specific person on erev Yom Kippur to perform this task, as the posuk states, “It will be sent to the desert with a designated man” (Vayikra 16:21). Our Sages interpreted this posuk to mean that the goat for Azazel must be sent even when Yom Kippur falls on Shabbos (although this may entail the violation of certain malachos), and even if the appointed escort is impure.

On Purim there is a mitzvah to send mishloach manos, gifts of food to the poor, our friends, and associates. The Binyan Tzion 44 (see Mishna Berura 695 s.k. 18) questions whether mishloach manos may be given personally, or perhaps they should specifically be given by means of a messenger. The posuk states, mishloach manos – a sending of gifts from each person to his friend. The word “sending” seems to imply that it should be sent through a messenger.

If we were to assume that a messenger must be used, need the messenger be an adult Jew? There is a general principle that a messenger appointed to perform a mitzvah must be an adult Jew, who is obligated in mitzvos. The concept of shaliach in Torah law entails that the messenger stands in the place of the person who sent him. The mitzvah he performs is then directly associated with the person who sent him. A person who is not obligated in mitzvos cannot perform this role. Since children and gentiles are not obligated in mishloach manos, perhaps they cannot deliver them on our behalf.

The Dvar Avraham (I, 13:4; II, 8) argues against this conclusion. When a person is expected to perform a mitzvah on his own, and appoints an agent to perform it on his behalf, then the agent must take his place. Therefore, only an agent who is obligated in mitzvos is eligible. However, when we say that a mitzvah is meant to be performed through an intermediary, we are essentially saying that the person need not perform the mitzvah, per se, but rather he must see to it that the mitzvah is performed. It therefore makes no difference whether the messenger delivering the mishloach manos is a Jew or gentile, adult or child. The point is not “to do” the mitzvah, but to make sure that the mitzvah “gets done.”

The Shaliach for the Goat

The same reasoning can be applied to the shaliach sent to accompany the goat to Azazel. Since the Torah instructed us to send the goat specifically with a shaliach, even a child or gentile should be eligible. Why then need we send it with an adult Jew, even when Yom Kippur falls on Shabbos, and the laws of Shabbos must be violated to bring the goat? Would it not be better to instruct a gentile to do this on our behalf?

The Dvar Avraham answers that indeed, as far as the principles of appointing a shaliach are concerned, this would be permissible. However, as to the individual to be appointed, it is a gezeiras ha’kasuv – the posuk specifically specifies that the goat must be sent with a “designated man,” implying that he must be an adult man, and not a child. Furthermore, the Torah then tells us that the shaliach must immerse in a mikva after bringing the goat to Azazel. This implies that he must be a Jew, who is subject to the laws of ritual impurity according to Torah law. Gentiles are not subject to these laws. Only for these reasons are children and gentiles unfit to bring the goat to Azazel on Yom Kippur. 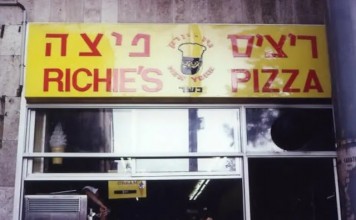 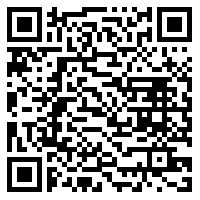