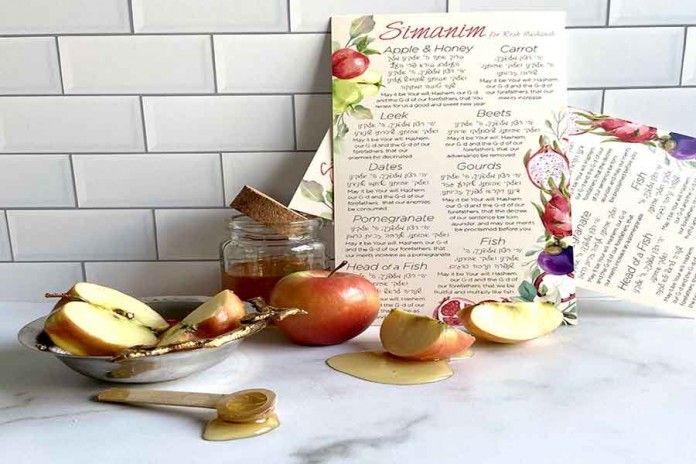 How much significance should we place in eating the Simanim
foods and saying Yehi Ratzon on Rosh Hashana?

Is it mandatory? Is it proper? It is obviously not mandatory and one who does not follow this procedure will not violate any Biblical or Rabbinical law. Yet we see that it has become almost universal in our time to engage in this procedure as found in many of our current siddurim.

The procedure is referred to as simanei milsa (lit. signs via words) – omens expressed through names, that are homonyms for what we intend. Thus since carrots in Yiddish are called mehren (lit., to multiply) we take a carrot and recite the Yehi Ratzon asking Hashem to increase our z’chusim –our merits and judge us favorably.

Now as we note this is not a matter that is mandatory. Even so, Rav Joseph B. Soloveitchik, zt”l, finds its source in the Talmud (Horayos 12a). The Gemara states that Kings of Israel (and Judah) were anointed at a spring of water. Abaye learns from this that omens are of some significance and one should habitualize himself to eat certain foods on Rosh Hashana such as pumpkin, fenugreek, leek, beets and dates. Rashi explains that these grow profusely and are signs of prosperity.

Thus he suggests that we eat specific foods that are homonymous to the result we wish from Hashem.

Now, why is this procedure specifically to be done with foods? The answer lies in the difference between man and the animal kingdom. The Talmud (Chagiga 16a) teaches us that Man is compared to the archangels in three ways and to animals in three ways. Man has understanding; walks erect; and possess the ability to speak the holy tongue, all like the angels. On the other hand, man eats and drinks; propagates; and excretes, all in the same manner as an animal.

As we wish to express our desire for a favorable outcome as we stand in judgment before the Heavenly Tribunal, we use foods that we eat and elevate them – as each sends forth a symbolic prayer that we secure another year of good health and prosperity for us and all our people.

Of course the most important component in yiddishkiet is to faithfully fulfill the mitzvos, both those that are of biblical origin and those instituted by the Chazal over the generations. At the same time a major leg of the Torah is based on the verse in Mishlei: “V’al titosh toras imecha.” We observe customs and minhagim almost to the degree of a binding obligation, particularly those that are sourced in the Gemara.

Already from the times of the Mishna we find mention of the idea of simana milsa – there is significance to having certain symbolic foods at the start of the year. Not to say that dipping an apple in honey will somehow take the place of genuine teshuvah, tefillah, and tzedakah; and no doubt that the main theme of the day is teshuvah and embracing the kingdom of Hashem over ourselves and the world while we hope and pray for a shana tova umesuka.

Rather we use the simanim as a tool to daven and yearn to Hashem for a good year and to awaken in ourselves feeling of closeness of our Father in Heaven.

How do we translate “simana milsa”? In today’s youth dialect we might say simanim “are a thing.” On the one hand, we might question simply arranging certain foods and reciting good wishes for the new year as devoid of any real substance. On the other hand, the next day we go to the river and throw bread in the water and talk about ridding ourselves of our sins.

But for that, we do have a ready explanation that “hachitzonius m’orer hapnimius,” that going through the motions can ignite an inner reaction that is substantive. So too with the simanim, we can say that these recitations are of course tefilos, but maybe also they are calls to action: You don’t want to be a tail, then act like a head, etc.

A fun fact is that the Persian Jews call this ritual “seder,” almost like the one on Pesach – another piece of evidence as to its significance.

Rabbi Yonason Glass is rav of the TriBeCa Synagogue in New York City.

Is there any true significance to the Rosh Hashana simanim? There is no such thing as merely a “symbolic gesture” when the Master of the Universe imbues it with significance. If you took a wooden stick and struck a body of water, would anything happen? Well, it depends if Hashem wants anything to result from this.

What role did the staff of Moshe play in splitting the Yam Suf? A major one because this action was the trigger of the Divine will and the Gemara in Horayos teaches us that the simanim of Rosh Hashana can also trigger Divine blessing when done with kavanah. A special emphasis is placed on kavanah because simanim without the proper intent and focus can become an empty, albeit sweet, ritual.

And this brings us to the Yehi Ratzons. There’s nothing more exciting than taking a dusty antique out of the attic, having it appraised and discovering that it’s worth a fortune! With the proper kavanah for the mitzvos embedded in the Yehi Ratzons the whole simanim ceremony becomes priceless in spiritual terms.

The Yehi Ratzons according to the Mishnah Berurah contain three mitzvos which I call the three T’s: (1) Tefillah to Hashem for all of the Jewish people; (2) thoughts of teshuvah as one recites these prayers; and (3) trust in Hashem’s mercy (Shulchan Aruch, siman 583:1; Mishnah Berurah, seif katan 1 and 5.)

One of the greatest gifts we can offer Hashem is our heart (Sanhedrin 106a). The best way to prevent the simanim ceremony from being an empty ritual is to focus on Hashem before we perform the mitzvah. In my work as the founder of the Kavanah L’Mitzvos Foundation, I stress the huge value of H.I.M. [Having In Mind] the mitzvos before we perform them. So you can H.I.M. the three T’s, and may the simanim not merely be a good sign but bring to fruition Hashem’s desire to bless us with a sweet new year.

Rabbi Asher Baruch Wegbreit is an author of four seferim and the founder of Kavana L’Mitzvos Foundation (www.kavanahlmitzvos.com), an initiative offering tools, at no cost, for deepening our connection to Hashem. RabbiWegbreit@gmail.com.

One may ask why simanim? Wouldn’t it be more appropriate to engage in action?

“Abaye said: Now that you said that an omen is a significant matter, a person should always be accustomed to seeing these on Rosh Hashana: Squash, and fenugreek, leeks, and chard, and dates, (as each of these grows quickly and serves as a positive omen for one’s actions during the coming year).” (Horayos 12a; Kerisos 6a)

“It is a bad omen for one to sell his first investment acquisition.” (Rashi, Kiddushin 59a)

“Rabbi Yehuda HaNasi once said to Rabbi Chiyyah: Go to a place called Ein Tav and sanctify the New Moon there, and send me a sign that you have sanctified it. The sign is: David, king of Israel, lives and endures. (Rosh Hashanah 25a)

The simanim on the eve of Rosh Hashanah carry much significance. It is not so much the act of ingesting the simanim; it is more about seeing them, as the Gemara states. This is a meditative state that will manifest in the creation of a positive year to ensue.

Rosh Hashanah is the inception of mankind, it is the very beginning. “Sof ma’aseh Be’machshava techillah” – the end result is contingent on the preceding thoughts (in Lecha Dodi).

The loftier the pre-thoughts and mindset, the greater the manifestation. Thought is the impetus of any actualization.

Rabbi Meir Shimon Eisenberger is the Rav of The Chabura New York (www.nycchaburah.com), a Borough Park congregation focused on helping post-yeshiva baalei teshuva continue their growth in a frum community.

This is not a trivial matter, as it is based on an explicit recommendation of the Gemara (Keritot 6a) and recorded in the Shulchan Aruch (583:1). Nonetheless, it should not be consigned to the realm of magic and mysticism, as if to say, “Eat these foods, recites these mantras and G-d will be fooled by your newfound piety.” That is not at all what this practice signifies.

When the Gemara states “simana milta” – that signs are matters of substance – it means that eating these foods on Rosh Hashanah are vivid reminders of the kedushat hayom, the unique holiness of Rosh Hashanah that is defined by din, judgment. We are quite conscious that at this time we are sitting in the dock and being judged by the King of Kings. Our future hangs in the balance.

It is not the eating of the foods or the recitation of the accompanying prayers that facilitate a good judgment. Rather, it is that eating these particular foods that allude, sometimes clearly and sometimes obliquely, to the various judgments that await us will be catalysts for our teshuvah, repentance, and our return to G-d. And the prayers cause us to focus on what is really important and what we most desire in life.

People err when they think that eating gourds, leeks, fenugreek or beets without sincere repentance can somehow influence G-d and change our fate. If we have not yet developed a taste for fenugreek, so be it. The essential point is that what we eat on the night of Rosh Hashanah (some say both nights) should inspire our sincere repentance. In effect, it is akin to the Pesach Seder, on which we also eat certain foods to evoke critical remembrances. This too is substantive, and understood properly, an important part of the Rosh Hashanah experience.

Rabbi Steven Pruzansky is Israel Region Vice-President for the Coalition for Jewish Values and author of “Repentance for Life” now available from Kodesh Press. 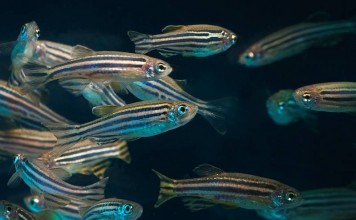 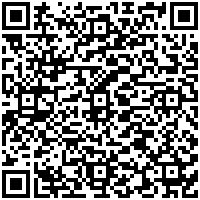