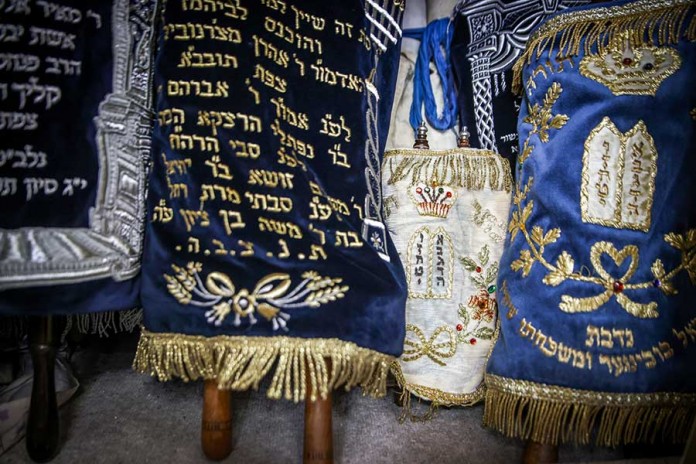 The honor of dressing the Torah, referred to as gelila, is considered to be of equal value to all the aliyot combined.1 Although the honor of gelila should actually be given to one of the more prominent members of the congregation,2 many have the custom to award gelila to a child. This is done in order to expose the children of the congregation to “hands-on” mitzvot and to make them feel an integral part of the congregation.3 While some authorities frown on the practice of awarding gelila to a child, there are even stronger grounds to allowing doing so in congregations (such as in Chabad) where the Torah is first placed on the shulchan before performing gelila.4

In some communities, there is an additional honor awarded along with gelila: that of placing the ornamental crown upon the Torah when the gelila is completed. In most congregations, however, the one honored with gelila places the crown, breastplate, and all other decorative ornaments upon the Torah as well.5 There is no problem with using a Torah crown on Shabbat that has bells attached to it, since the purpose of the bells is not for music but rather to “announce” the movement of the Torah.6 One should never leave the synagogue sanctuary until hagba and gelila have been completed.7

Those honored with hagba and gelila on weekdays should first remove their tefillin straps from their hands. This is both for comfort and to avoid having an interposition between one’s hands and the Torah. It is also intended to show reverence for the tefillin straps.8 There are a number of customs as to where the Torah’s belt should be positioned. Some place it on the upper third of the scroll,9 others on the lower third,10 and some position it right in the center of the scroll. There is no halachic preference.11

The Torah is closed by rolling together the atzei chaim, the handles. One should be sure to position the right eitz chaim above the left one.12 If there is a need to maneuver or adjust the parchment of the Torah scroll, one should not do so with his bare hands. Rather, one should touch the scroll with the assistance of a tallit or other cloth in order that one’s hands do not directly touch the parchment.13 All other scrolls, however, such as a Megillat Esther, may be touched directly with one’s hands as long as they are clean.14

It is best that a father and son or two brothers not be awarded hagba and gelila together, just as they should not be awarded any two aliyot in succession.15 However, if necessary, it is permitted to do so in a congregation where those honored with hagba and gelila are not called up by name.16 It is permitted to forgo hagba in a situation where there is a concern that the Torah might drop, such as when on a bus, plane, or train, or if the Torah is exceptionally heavy. In such a situation, the Torah should simply be wrapped up and dressed immediately following the reading.17 It is interesting to note that there were communities in the past where hagba was never performed.18 Every congregation should ensure that the Torah wrappings and ornaments are especially clean and dignified. One should not use such accessories if they are ripped or stained.19

The one who performs gelila should not tie the Torah’s belt in an especially strong or permanent type of knot. Doing so would pose a halachic problem on Shabbat, as one is not permitted to untie a permanent type of knot on Shabbat.20 It goes without saying that when performing gelila on Shabbat, one may not make a permanent knot. Instead, one should tie the belt with a bow on top of a single knot as is done when tying shoes, a lone bow, or simply to wrap the belt around the Torah and tuck in the ends.21 Velcro Torah belts, or those whose ends clip into one another, are ideal and pose no halachic concerns.22 The one honored with reading the Haftarah should wait until gelila is completed before beginning the preliminary blessings.23 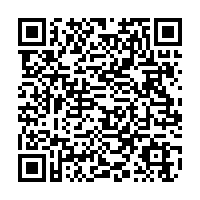