Presumed Prime Minister Benjamin Netanyahu continues to deepen his rift with Religious Zionism Chairman Bezalel Smotrich, and has reportedly set next Wednesday as the target date for introducing his new government, with MKs from Shas, UTJ, and Otzma Yehudit, and without Religious Zionism, if need be. It’s an empty threat on its face because Smotrich’s party has 7 MKs, and a coalition without them would rely only on 57 MKs, 4 below a majority.

In their quiet struggle with the man behind the curtain, all Smotrich and Ben Gvir have to do to win is stick together and insist that neither one of them is going in without the other. Netanyahu will be livid, Netanyahu will huff and puff and threaten to blow their house down (see how I used two metaphors from children’s stories in one paragraph?), but in the end, Netanyahu will surrender. He doesn’t have a choice if he wants to be the prime minister before the court pronounces its verdict in the three criminal cases against him.


It’s been done before, in 2013, when Yair Lapid and Naftali Bennett formed their brotherly pact and forced Netanyahu to accept Bennett and the HaBayit Hayehudi faction. For some reason, Bibi shows no respect to religious Zionists. He’s been known to say they have “big hearts and small brains.” He truly believes he can arm wrestle them and win.

Not if they don’t let him.

But Netanyahu is not building a coalition at this point, he is engaged in a war of attrition with Smotrich aimed at grinding him down to submission. To that end, Netanyahu has been showring Smotrich’s partner, Otzma Yehudit Chairman Itamar Ben Gvir, with gifts, as befits an eager suiter:

1. Regulation of the “illegal” outposts in Judea and Samaria within 60 days of establishing the government.

2. Amending the 2005 Disengagement Law regarding Homesh in northern Samaria to permit Jews to study and reside in the local yeshiva.

3. Extending the Dromi Act permitting a homeowner to shoot a burglar who entered his home to include IDF bases, to prevent the theft of weapons from army bases, and to protect IDF soldiers.

5. Speeding up the planning and execution of bypass roads and the expansion of Route 60, including increasing and advancing the budgets for the works at an overall cost of NIS 1.5 billion ($438 million).

6. Promoting the Evyatar outline that was promised by the Bennett-Lapid-Gantz government, to establish a yeshiva on the site based on a survey that should find that the area is state-owned land.

These are the goodies that make every settler start drooling, and the question is: will Ben Gvir abandon his ideological partner for this heaping bowl of red lentil soup?

A Wednesday meeting between Netanyahu and Smotrich lasted only 20 minutes and did not go well. Netanyahu rebuked Smotrich for even daring to demand either the Finance or Defense portfolios, reminding him that it was he, Bibi, who united him with Ben Gvir to yield their faction’s 14 seats.

Smotrich rebutted: “Don’t forget that it was thanks to me that [Yamina MK Idit] Silman left the coalition followed by [Yamina MK Nir] Orbach, and thanks to my resistance, the partnership with Ra’am became illegitimate.”

Smotrich and his band of religious Zionists indeed made life in the right-center-left coalition a living hell for Silman and Orbach, which brought on the collapse of said coalition. However, that part about keeping Ra’am out of Netanyahu’s government was an arrow well-chiseled and dipped in poison, because, you know, Smotrich cost him his government.

So, Netanyahu is threatening to establish a 57-member coalition government, expecting that Smotrich et al won’t vote it down and risk a 7th election in three years. However, Netanyahu does not have the 57 MKs in his pocket, since Ben Gvir, despite the pile of gifts, has not said yes, leaving Bibi with 51 MKs.

There’s another wrinkle: Smotrich and Ben Gvir have a third partner, Noam Chairman Avi Maoz, who already announced his intent to split from the technical alliance and become a one-member faction in the 25th Knesset. It means that Netanyahu would have to deal with him separately, and also that Smotrich/Ben Gvir only have 13 mandates with which to trade horses with Bibi. Maoz, for his part, has also announced that he doesn’t have to be in the coalition, he’s just as comfy in the opposition.

Wednesday night, in a show of aggressive divide and conquer, Likud issued a statement saying: “This evening there was significant progress in the coalition talks between the Likud and Otzma Yehudit.” 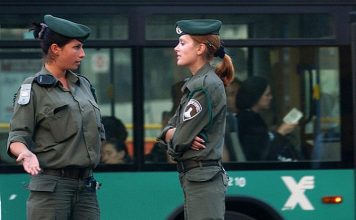 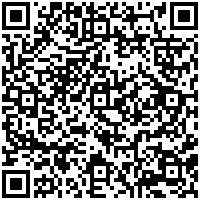