Should a person feel guilty for using an English ArtScroll Gemara
(as opposed to struggling with the original Aramaic)?


It is clearly better to learn Gemara in its original language and not in translation. When students rely on an English translation, they unfortunately will lose the opportunity to gain the necessary skills to be able to open a Gemara on their own and understand it.

But if we’re discussing an adult without background who may find it too difficult to follow the Aramaic, the demand that he study in the original is unrealistic.

The question is most relevant for the adult who is a yeshiva graduate but finds it easier and more convenient to use the ArtScroll. When he doesn’t put in the effort to open a traditional Gemara, he sends a message to his children to take the easy way out, which
has many ramifications.

For an analogy: It is permissible to pray in any language, but there are many reasons why it is preferable to daven in Hebrew.

It was about 25 years ago at my chag hasemicha when a friend of my mother, a”h, offered to buy me an ArtScroll Gemara set. My attitude was: I greatly appreciate it, but I would prefer if I could choose something else because real men don’t use ArtScroll.

It wasn’t much later that I found myself in the beis medrash often consulting ArtScroll because, despite the fact that I spent many, many years in yeshiva, there are often words I’m not completely familiar with or I just want to quickly look at the footnotes.

Today, I have a complete set of ArtScroll in my study, and I often open and use it. So while I may have had different feelings back then, I feel no guilt whatsoever now [using an ArtScroll]. It makes it easier to learn.

The Talmud (Shabbat 31a) cites the opinion of Rava about what we will be asked when we eventually come before the heavenly court. One of the questions is: “Kavata itim leTorah? – Did you set aside fixed times to study Torah?” Regular study of Torah is expected of us, and we will have to answer for ourselves in due course.

Torah study can be in any language one understands. The important thing is to understand what we read and to connect our study to service of Hashem. Over the centuries, Jews have studied Torah in many languages – Hebrew, Aramaic, Greek, Arabic, Spanish, German, Yiddish etc. I hope and assume that none of those Jews ever felt guilty for studying in the vernacular they understood.

When one studies Talmud today, it’s fine to use editions that provide translations and explanations in the vernacular. The goal is to understand what we read. It is hoped, though, that one will eventually become proficient enough to study the original text on its own.

No one should ever feel guilty for studying Torah in the vernacular. Guilt should only be felt if we fail to set aside times for Torah study each day. The heavenly court has its question ready for us. Let us be sure to have our answer ready.

Aside from the mitzvah and benefit of acquiring Torah knowledge, the process of learning Gemara is itself a mitzvah and beneficial. The toil and effort involved in delving into the depths of Talmudic discussions condition one’s mind to think as the Torah thinks, which in essence is the way Hashem thinks. A mere translation of the text of the Talmud to a certain degree minimizes this process and limits it to a singular understanding.

But the ArtScroll translation was never meant to replace learning Gemara from the original source. It was meant to, as stated on the cover, to serve as “an aid to Talmud study.” It was meant, not as a source for someone who is immersed in Talmudic study in a yeshiva, but as an aid to clarify words or ideas that are preventing one [from proceeding] with the basic flow of the text.

It’s also for people who have minimal set times for learning [e.g., they only have] a Daf Yomi shiur and are learning basically to acquire the information the Talmud presents (bekius) and are not significantly able to delve into the process (iyun).

ArtScroll has become the go-to source for those studying Gemara. I have, to my surprise, observed people who are otherwise considered learned, using an ArtScroll on occasion.

To be sure, back in my Ner Yisroel days, the closest one got to an ArtScroll was the Jastrow dictionary, and even that was a rarity and frowned upon. Of course, it’s not just about the learning, but learning how to learn that remains paramount.

That said, time pressures today are considerable and all too often one is rushing to prepare a shiur or learn Daf Yomi within those constraints. It may well take considerably more time to prepare when learning from the original Aramaic and using an ArtScroll provides the ideal alternative.

One can argue about the catch-22 involved (since regular struggle with the original Aramaic would make one more proficient so that, in time, one wouldn’t have to resort to a crutch), but there is certainly no need to feel guilty about using the ArtScroll. Thank G-d one is learning!

It is also undeniable that many without a yeshiva background are studying today on account of ArtScroll, and anything that enhances learning is laudable.

But it should not become the acceptable norm. I think a balance can be struck where needs [may necessitate using an ArtScroll], while time should be set aside to nurture one’s learning ability and enhance one’s Gemara skills. 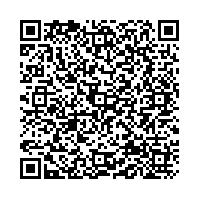