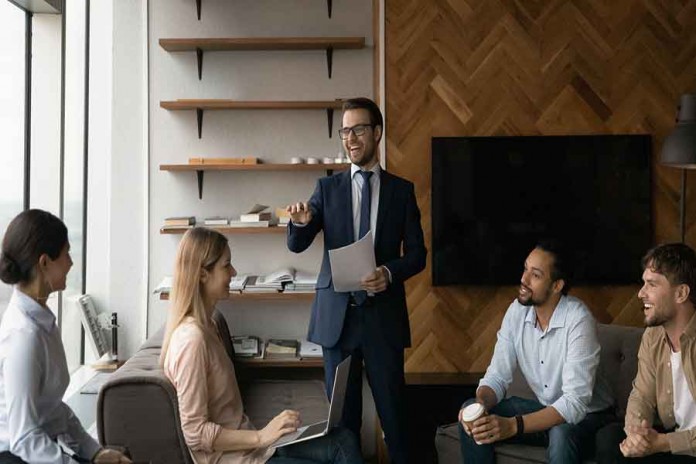 Should a person stop someone from telling a racist joke?

First of all, the Gemara (Megilla 25b) cites in the name of R. Nachman that all joking is prohibited except for joking about (any) idolatry.

The above expresses the ideal behavior of a G-d-fearing person who restrains himself from all frivolity and jesting, yet at times a mood overtakes him. R. Nachman offers an outlet – jesting about idol worship and the (man-made) objects (idols) of such worship.

Yet his strong words: “all joking is prohibited” seem to preclude any type of joke telling. Now, most of us are not on that level and enjoy a good joke or two. Unfortunately, the racist joke is just one of the genre of the taboo. I remember when I was young we would vacation at a country club where entertainment would be provided for the guests. It happened a few times, I remember, that the comic turned to something off-color, or something racial. With my aunt Irene Klass, a”h, leading the way, my mother, a”h, and all my aunts and uncles would make a scene by simply walking out of the show.

The lesson was to show that such behavior was not to be tolerated. Indeed, sometimes it is proper to make a scene. And I can tell you my aunt led us into creating such a scene on more than one occasion.

I heard many years ago a shmues from Rabbi Yaakov Kaminetzky, zt”l, on a matter that relates just to this question. He was asked, “Is racism inconsistent with our Torah?” In his answer he cited the Mishna (Sanhedrin 37a): “Therefore man was created uniquely alone for the sake of peace among men, so that no man will be able to say my father is greater than your father.”

This passage, said Rabbi Kaminetzky, teaches clearly that the Torah does not distinguish any man from his fellow, as all stem from Adam. It doesn’t matter if one is White, Black, Brown, or Yellow – all are the same before G-d. Additionally, he also noted that if any person converted (legitimately) to Judaism, the person is to be held in the same esteem as any other Jew.

An interesting note is the Mishna’s further statement: “and while man can forge many coins, all being exactly the same. G-d, on the other hand, forges the image of every single human being with none being the same as his fellow.” This would refer both to total mankind as well as within the various racial groupings.

We as Jews should be more sensitive to racial/ethnic jokes and slurs when we take into account our long history – and the persecution we encountered in the course of our long exile. Now, I believe, you my dear readers know my answer.

One of the fundamental, yet often overlooked, tenets of Jewish belief is the foundational principle that all human beings are created “in the image of G-d.”

Judaism is actually the most tolerant of all religions. This can be seen from the existence in halacha of Sheva Mitzvot B’nai Noach, the seven basic laws incumbent upon all humanity. Unlike other faith traditions, we do not maintain that non-Jews must become “like us” in order to achieve redemption. While we enjoy a special relationship with Hashem, He relates to all people, and all people have the potential for righteousness.

Those around us, therefore, are to be judged by their actions and not by their origins. Racist jokes and comments directly contradict this principle. They are absolutely inappropriate and individuals who tell or make such jokes and comments should be told to stop.

As a people that have been discriminated against for centuries, we should be particularly sensitive to this issue, and we should act accordingly.

– Rabbi Goldin, author of “Unlocking the Torah Text” series and past president of the RCA.

No one should tell, hear or tolerate a racist joke. But why stop there?

No one should tell a joke about any ethnic, religious or national group. No jokes about Blacks, Whites, Hispanics, Poles, Turks, Russians or Asians. No jokes about Jews, Christians, Muslims, Hindus, Buddhists or Zoroastrians. No jokes about parents, husbands or wives, in-laws, siblings, and certainly not children. No jokes about men or women or any other permutation that people with vivid imaginations have today fabricated.

There should be no jokes about occupations – whether rabbis, lawyers, doctors, carpenters, bankers, plumbers, teachers, postmen, soldiers, police officers, firefighters, first responders, second or third responders and not even jokes about those who don’t respond at all.

No license should be given to members of one group to poke fun at their own. Jews, for example, should not tell jokes about Litvaks, Yekkes, Polish, Russian, Hungarian, Galician, Orthodox, Reform, Conservative, Reconstructionist, Yemenite, Moroccan, Syrian, Ethiopian, Persian, Iraqi, Egyptian or Libyan Jews.

There should be no jokes about pets. Dogs, cats, hamsters and fish apparently have feelings, too. No jokes about inanimate buildings (the builders might take offense) nor jokes about trees, fields or flowers (which, after all, were planted by someone).

Jokes that are intended to be mean-spirited, cruel, humiliating or bullying should never be uttered.

In short, we must ban all forms of humor, lest someone, somewhere, sometime be offended. Perhaps we have arrived at that enlightened stage already? And aren’t we better off for it? Maybe not. Maybe we all need to relax a little, not to be so uptight, laugh once in a while, be kind, sensitive and tolerant, and not succumb to the intolerant word police who are ready to arrest and prosecute anyone even slightly jocular – because tyranny of thought is no joking matter.

Our holy Torah teaches us “eizeh hu mechubad, hamechabed es habrios” – an honorable person is one who gives honor to others. This includes not only Yidden and not only people but all of Hashem’s creations. All things are created with a purpose and must be viewed as such. Why should a Jew lose sight of this and speak or act in a way that disparages any given group of people who are created b’tzelem Elokim?

We as a persecuted minority for all of history must be even more conscious of causing pain to others. One of the reasons that the Jewish people were enslaved in Mitzrayim is to teach us the middah of empathy, as the Torah teaches us regarding being extra sensitive to the convert. A Jew must be extra careful with the way he speaks; the Torah adds extra words to avoid even a slightly negative implication in order to give over this all important message. 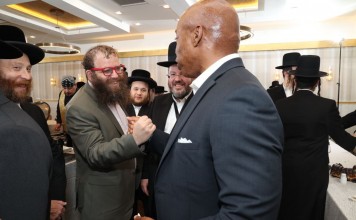 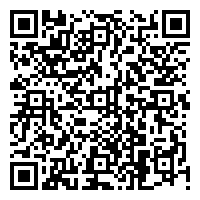