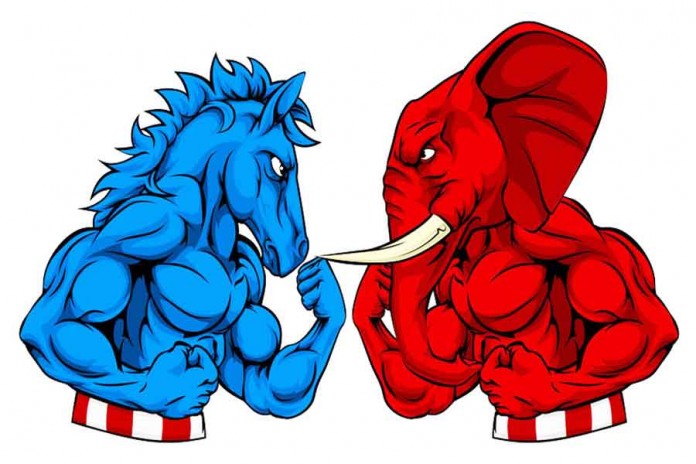 Should rabbis recommend that people vote for a particular candidate?


For a purist, the answer is “no” – for practical, spiritual, and psychological reasons.

Rabbis do not inherently have any particular expertise in politics, and being perceived as just another partisan activist diminishes a rabbi’s spiritual stature and could make him look foolish and hypocritical if his preferred candidate is actually an unprincipled, corrupt hack who promises, takes our votes, and then acts against the community’s interests. It can also be divisive, embedding the rabbi on one side of our overheated, polarized society.

I never recommended voting for a particular candidate from the pulpit (which is not to say I didn’t make my views known via a timely quip or barb). People often asked me privately how I was voting and I always shared my opinions. Politics, after all, is the pursuit of policies that further society’s ultimate objectives and interests, and surely that must be informed by the values and morality of the Torah.

Additionally, when Jewish interests would be adversely affected by the victory of one candidate, or Jews would be deemed insufficiently grateful if they didn’t vote for a politician who has been very responsive to our causes, a rabbi must find a way to make that known.

That said, explicit endorsements can be thorny, unwise, and imprudent. Usually, subtlety is more effective.

There can be no doubt that President Trump is a firm supporter of Medinat Yisrael.

In contrast, there is no doubt that Biden is hostage to groups who hate the state of Israel and the Jewish people.

He is hostage to people who seek to strengthen Iranians who declare their desire to destroy the Jewish state and do whatever they can to carry out this goal. Therefore, it is forbidden to support Biden.

It is incumbent upon us to back President Trump even with all the criticism surrounding him. He is the best candidate when it comes to his relationship with the Jewish people and Medinat Yisrael. Biden represents a danger to our life in our homeland.

The role of a rabbi is to teach people the ways of G-d and how to align our lives according to Hashem’s plan. A rabbi does that by being humble and true to the integrity of the Torah, by educating and inspiring his constituents, and, above all, by being a living example of how G-d wants us to live and serve His purpose.

This obviously includes addressing questions in halacha and hashkafa. In the words of the Torah: You shall make known to them the way they shall go and the deeds they shall do (Shemos 18:20) and those they should not do (Vayikra 4:2).

In addition to the dos and don’ts, the Torah also guides us on how to conduct the so-called neutral aspects of our lives (like eating, sleeping, and personal and business relations), many of which are not strictly defined by a positive or negative mitzvah. Here too the role of a rabbi is to inform and inspire people to refine and sanctify their lives, to live up to the highest standards of what defines “mamleches kohanim v’goi kodosh” (Shemos 19:6).

It is in this spirit that we need to address the stated question. A rabbi’s sole focus and objective is G-d’s will and what the Torah has to say about any particular topic. As such, before a rabbi weighs in on preferred candidates, he needs to determine whether there is a Torah perspective on them and their positions.

Any recommendation he makes – if at all – must only be driven by, and based on, Torah-defined criteria that will advance divine values.

First, legalities: The tax-exempt status of many non-profits precludes them from endorsing a candidate. Certainly rabbis for such organizations may not violate the law.

That aside, the answer depends on the kind of rabbi we’re discussing. There was a time when congregants wanted their shul rabbi to speak about politics because they were unsure of their own understanding of events. My wife had a great uncle who was a community rabbi in long-ago Williamsburg, and he told me that he always spoke about current events because he felt an obligation to his congregants to address these topics.

By the time I worked in a shul, no one was going to adopt my political views simply because I was their rabbi. I therefore consciously refrained from discussing politics except when I thought there was a Torah side to the equation congregants likely had not factored into their thinking.

Even there, I treaded carefully and would recommend that others tread carefully too – as many rabbis and non-rabbis are sure they know the Torah’s view on an issue, with no awareness that there’s an equally plausible Torah perspective for the other side. Ditto for political candidates – so usually rabbis should stay far from being specific.

Some Jews see their rabbi (or rosh yeshiva or rebbe) as their source of how to think Jewishly on all matters. For such people, in private, I could see a rabbi sharing his view because they understand he is sharing his particular take, his piece of elu va’elu, of the multiple voices of Torah, and they have chosen, across the board, to be guided by his view. Sadly, most shul rabbis and mechanchim do not play such a role.

Lastly, there are extraordinary circumstances in which overwhelming evidence weighs on one side of the question, in whuch those who take another side are denying – willfully or unwittingly – what should be clear. In such circumstances, if the law permits, a rabbi should make the truth clear to anyone who will listen – and to those who won’t.