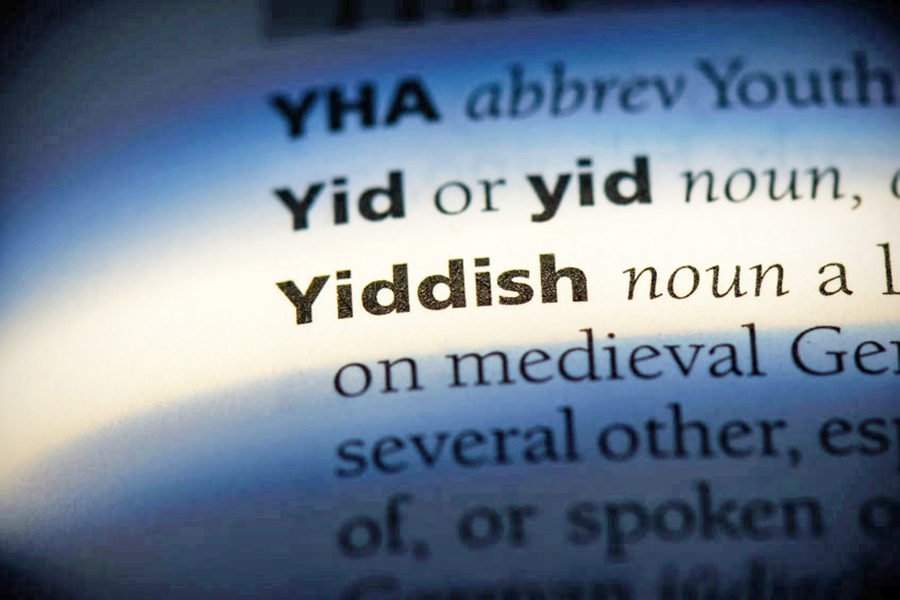 Should we try to preserve Yiddish as a living language in America or Israel?

A historic language used as a means of Jewish communication for hundreds of years and saturated with divrei Torah and yiras shamayim should be preserved. In addition, much Torah was written in Yiddish and will be lost if access to the language is lost.

Hence, since it is unlikely that all frum Jews in America or Eretz Yisrael will suddenly begin to speak Yiddish exclusively, the language of instruction should be English. However, Yiddish should be taught as a second language; it’s at least as important as teaching French or Spanish.

Yiddish has become synonymous with Orthodox Judaism and has lost its meaning within the secular parts of the faith.

When I grew up in Toronto, most of limudei kodesh in elementary school was translated into Yiddish. Today, that’s rare. I strove to maintain the language with my own children, but it’s extremely difficult to do when Yiddish is no longer commonly spoken.

Chazal tell us that one of the saving graces of Bnei Yisrael in Mitzrayim was the fact that they did not change their language; this reflects a certain reality – that preserving a language goes hand in hand with preserving a culture and identity. It’s therefore not surprising that secular Judaism has contributed to the demise of Yiddish and a simultaneous loss of traditional Jewish identity.

According to the Pew report, “many Jewish American Baby Boomers grew up speaking Yiddish at home, but dropped it – along with an Orthodox lifestyle – when they reached adulthood.”

While Yiddish is experiencing something of a renaissance in theater and the like, it is more a nostalgic throwback to the shtetl with appeal to cultural Jews who like to reminisce.

On balance, I maintain there is definite value to preserving Yiddish, if only because it goes some way to upholding Jewish identity and tradition.

When I was learning in yeshiva, our rabbeim taught in Yiddish, which was their native language. We learned enough Yiddish to understand the shiur. Two generations later both the roshei yeshiva and the students are English speakers. Except for the chassidim – who came to America later and want to remain different from American society – learning Yiddish is an act of nostalgia.

In America, few people know Hebrew well and it’s much more important to teach Hebrew. It is both the language of our religious texts and the language spoken in Israel. Not knowing Hebrew is a barrier between American and Israeli Jewry.

Furthermore, the majority of Israeli Jews come from Sephardic backgrounds where Yiddish was irrelevant. Promoting Yiddish therefore might become divisive.

It would be nice if Yiddish were preserved, but it is clearly not the priority. Teaching Hebrew should be.

Over the centuries, Jews developed languages such as Yiddish, Judeo-Spanish, Judeo-Arabic, etc. These languages reflected Jewish societies that were largely cut off from the larger societies around them. Jews spoke their own languages, ran their own schools, published their own books and newspapers.

There are efforts to maintain vestiges of the language and tradition – prayers, folksongs, proverbs etc. But it is highly unlikely that it will ever again be spoken as a mother tongue. Instead of lamenting this fact, we should be striving to derive lasting lessons from Judeo-Spanish civilization. The same is true for Yiddish outside chassidic circles. Instead of lamenting the decline, let us draw on the treasures of Yiddish culture to enhance and enrich the Jewishness of our generation and future generations.