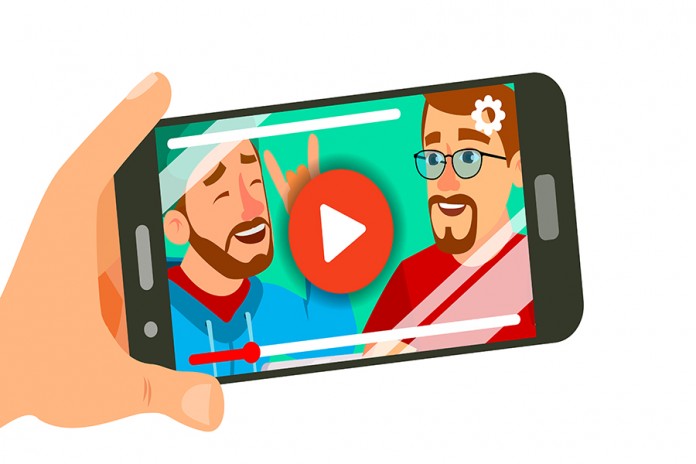 Is it proper to use video streaming apps
even if they offer non-kosher movies and TV shows?

The mobile phone today has come a long way from what was originally envisioned. The telephone was a device that connected one person to another and that was it. Today many people don’t even possess a landline and have only mobile devices.

The problem with mobile devices is that they come with many embedded apps, and many of these apps that are the root cause of our discussion.

A correlated question one can ask is whether one is allowed to walk in the street and ride public transportation considering the fact that we find some people are immodestly dressed, lace their speech with profanity and some go even further in vile behavior.

The answer is that the Torah gives man/woman choice to do that which is good or that which is bad. G-d wishes to reward man for his good behavior. However, reward can only be given to one who earns it, thus this world can only exist if there are found both good and evil and man constantly striving to do that which pleases G-d.

How do we combat the evil? I assume by turning to those sources that spread the good-word. We here at The Jewish Press are constantly aware of this battle and strive to provide our readership a wholesome publication both in print and on-line that provides a wealth of Torah columns, information about Israel and the world Jewish community. It seems that our loyal readership place their trust in our mission on a weekly basis – and now on-line on a daily basis as well.

Remember it’s all about choices.

This raises broader questions that have been debated in the Jewish world for several thousand years: to what extent should Jews partake of the secular culture? And can we seal ourselves off hermetically from the world at large?

There are cogent arguments on both sides of the debate, as one would expect of such a discussion. Certainly, there is no guardian against immorality and we have a paramount interest in warding off temptation. On the other hand, there are aspects of the secular culture that are enlightening. This was less so in the ancient world, more so in more modern times, but today’s cultural swamp is trending toward the former. Yet, we do recognize that it is impossible to shut out the world completely, and walking on the streets of most cities offers temptations that are more enticing than any app. What then is a good Jew to do?

Halacha demands that we live a disciplined life. We must develop our self-control. Kosher apps are fine but the devious, non-kosher mind will find a way around them too. Ultimately, streaming services – just like telephones, televisions, computers and the internet – are morally neutral vehicles. They can be used to enrich our lives or debauch them. Free people will even differ on what is considered kosher or non-kosher. Parents must know that their children will watch anything that they themselves watch – and inconsistency is spiritually lethal.

The best approach – which is not to say is the majority approach in the religious world – is to worry less about the app and more about the person. We need to teach clearly and unequivocally what is right and wrong, moral and immoral, acceptable and unacceptable, and also teach techniques to avoid the temptations that will inevitably surround us.

Self-censorship using a moral compass informed by the Torah is more effective than censorship coming from the outside. 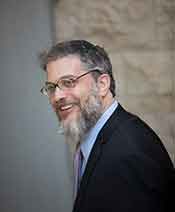 Perhaps we can push the question further: One does not require any special app or subscription to access free streaming videos from pretty much any device; so perhaps it is improper to use the devices in the first place? This approach is not out of the realm of possibility, and tens, perhaps hundreds of thousands of observant Jews eschew the use of smartphones in favor of “kosher phones.” I must admit that I am sympathetic to that approach and perhaps should consider implementing it in my own life instead of rationalizing having a smartphone. For a long time we did not have a television at home, but today no television is necessary. One can consume content from any device with a screen, and the resolution is much higher than the grainy images on the televisions of our youth.

We should admit that watching television and movies is a vice in which many of us indulge. Rare is the movie or television show that is truly kosher or consumed in an entirely wholesome way. Nevertheless, not all non-kosher was created equal. It is crucial that content be consumed in moderation. My father likes to say that everything in the world can be toxic in the wrong dosage. Binge-watching even the most innocuous television show can be terribly detrimental and cultivate all the wrong sorts of habits. It is important to set boundaries – and for parents to set boundaries for children – to prevent streaming services from having too much of a deleterious effect.

In the final analysis, even a streaming service with strong parental controls and the most innocuous content requires vigilance and good decisions. Avoiding apps with non-kosher content is not an answer to our media-saturated environment. To the extent that one can honestly control both the quality and quantity of content consumption, even a service that offers some inappropriate content does not significantly differ from the perfectly innocuous ones. Nevertheless, even as I indulge in such vices myself, I cannot pronounce any streaming service “kosher.” 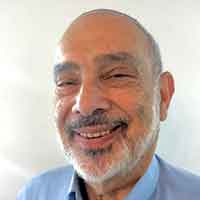 It would seem to me that this question is very personal for each individual. There are rabbis who will openly state that one should not be streaming anything on the Internet. let alone via apps that have inappropriate movies, etc. On the other side of the spectrum, there are rabbis who will say that each individual should be in control of his/her actions and therefore have the ability to choose wisely and correctly.

Each person must ask himself or herself whether their actions bring them closer to G-d and his expectations of us or will it cause them to stray from our Torah and ultimately their relationship with G-d.

I personally don’t feel comfortable offering an opinion on this in such a public forum, but I would advise each person to search their conscience and then perhaps ask their personal rabbi for guidance to reach their proper course of action

Rabbi Mordechai Weiss lives in Efrat Israel and previously served as an elementary and high school principal in New Jersey and Connecticut. He was also the founder and rav of Young Israel of Margate, New Jersey. His email is ravmordechai@aol.com.