In Parashas Vayechi, we read that the Egyptian doctors mummified Yaakov and Yosef as per the custom in Egypt for deceased kings and noblemen. The mummification process prevents the decomposition of the corpse and preserves the dried out flesh and skeleton for centuries, even millennia.

Mr. Aboudi ran an international business dealing with ancient artifacts. One day a museum curator contacted Mr. Aboudi. “We are preparing an exhibit of Egyptian culture,” he began. “We would like a mummy for the centerpiece of our exhibit.”


“That’s certainly fitting,” commented Mr. Aboudi. “Do you have access to a mummy?”

“We would like you to procure one for us,” said the curator. “Obviously, we will compensate you appropriately.”

Mr. Aboudi contacted some of his Egyptian counterparts to procure a mummy. That evening, he shared with his chavrusa, Mr. Landau, that he was currently trying to acquire a mummy.

“But I wonder if there aren’t any halachic problems with it,” Mr. Landau said. “Have you spoken to a rav?”

“No,” answered Mr. Aboudi. “I didn’t realize there might be a problem.”

That night, he called Rabbi Dayan and asked him if he was allowed to procure a mummy for the museum.

Rabbi Dayan replied, “The Gemara (Avodah Zarah 29b) derives from a gezeirah shavah of Miriam’s death to eglah arufah that it’s prohibited to benefit from a corpse. Many maintain this prohibition is d’Oraysa.

“Furthermore, if you can’t benefit from something – even if the prohibition is m’derabannan – it has no value halachically and no transaction can be done with it. If a person sells it nonetheless, even to a gentile, we fine the seller and he must return the money, even if the prohibited item was already consumed and cannot be returned. Brokering something assur b’hanaah for profit is also prohibited [Choshen Mishpat 234:4; Sma 234:6; Yoreh De’ah 133:1].

“The Radbaz, who served as a spiritual leader in Egypt between 1513 and 1553 addressed the practice of using mummies for medical purposes. He justified it on the basis of the opinion that gentile corpses are not included in the prohibition of benefiting from a corpse, which the Gemara derives from the story Miriam” [Responsa 3:548].

“A number of contemporary poskim rely on the lenient opinion, in cases of need, such as for medical training or transplants” [Igros Moshe, Yoreh De’ah 1:230; Yabia Omer, Yoreh De’ah 3:20-21; Nishmas Avraham, Yoreh De’ah 349:1].

“Thus, according to the ruling of the Shulchan Aruch, ‘mummy business’ is prohibited. However, post facto, one who sold a mummy and is in possession of the money can rely on the majority of poskim, who maintain that benefiting from a gentile corpse isn’t prohibited. 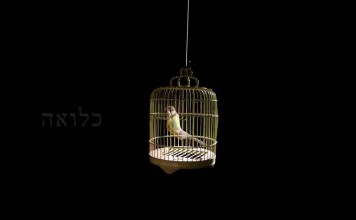