Mr. Schwartz, a subcontractor, was in the midst of a home renovation project and hired a local plumber, Mr. Green, to install a bathtub and sink in the bathroom.

Mr. Green did his job and left a bill for Mr. Schwartz. The following morning, the project supervisor came by to check on the progress of the renovation. When he saw the bathroom, he was furious. “What kind of work is this?!” he exclaimed. “The sink is not centered properly, and the bathtub is not sitting straight. The sealant also looks like it was applied by an amateur.”

“No way,” said the project manager. “Everything has to be redone completely! Whoever you got, I don’t trust him. Get someone else!”

But Mr. Green insisted on being paid for the work he had done. “I invested time and effort installing the tub and sink. Why shouldn’t I be paid?” he asked.

The two approached Rabbi Dayan. After listening to both parties, Rabbi Dayan said, “A professional hired to do a certain task must do it in an acceptable manner. If he doesn’t, the employer is only required to pay if he benefited from the work [Nesivos 335:3].

“For example, the Gemara [Gittin 54b] states that a person need not pay a sofer who was hired to write a Sefer Torah but did not write G-d’s name with the required intent, making the Sefer Torah unusable. He is entitled to wages for writing a Chumash, however, if the scroll is usable as a Chumash to learn from [Yoreh De’ah 281:5].

“Similarly, a paid guardian under whose improper watch an item was lost need not be paid since he did not perform his task properly [Ketzos 227:11, 305:2].

“The Gemara [Bava Kamma 116a] does say that someone who was hired to rescue a drowning animal is entitled to wages for his efforts even if the animal died. From the outset, everyone knew that the outcome was in question; the payment is for the effort, so as long as the rescuer made the proper effort, he is paid.

When the contract does not stipulate a certain standard of work, payment depends on whether such work is considered acceptable by common industry standards. If the work is within standards, but the employer decides to redo the work because he wants higher-quality work, he cannot refuse to pay.

“Thus,” concluded Rabbi Dayan, “if the work was truly substandard, Mr. Schwartz is not required to pay. If it wasn’t, he is. If there is a dispute between the employer and worker whether the work is acceptable or not, hamotzi meichaveiro alav hare’ayah [Nesivos Sachir 30:12].” 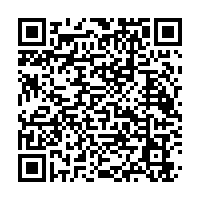