After its conquest by Joshua, the land of Israel was divided into twelve equal parts in accordance with the number of the tribes of Israel. Each male member of each tribe that actually left Egypt was entitled to a piece of land equal in size to the total size allocated to his whole tribe divided by the number of men of twenty or over in his tribe that left Egypt.

This family land was forever to remain the property of the family unit within the tribe and not pass to another tribe. In this way, the children of each family unit within a tribe could look to their father for financial support. The father’s portion of property was the “Family Bank.” It could be drawn upon to support the family. It could also be used to support the sons of the family, their wives and their children when the sons married. The father did not need to worry about his daughters when they married because the “Family Bank” of the husband’s family unit would take care of them.


There were at least two ways in which this divinely mandated distribution of the land could be altered. One was by way of inheritance by a daughter, who in the absence of sons would inherit her father’s estate and then marry a man from another tribe. Upon her death, the land would pass to her husband or her children belonging to another tribe. In order to restrict such diversions, the Torah limits the right of the daughter to inherit the estate of her father to situations where she has no brothers.

The other way in which the distribution of the land could be altered was by way of sale or gift. If total freedom of permanent disposition of land were permitted, it would not take long before the allocation of the land God considered equitable would be reshuffled according to the fortuitous, and not always so equitable laws of economics.

In order to restrict such diversions, the Torah instituted the laws of Jubilee under which land sold in perpetuity or for an unspecified period of time would revert back to its original owner at the Jubilee Year. From Jubilee year to Jubilee, however, land could be freely sold, subject to certain reversionary rights. For the purpose of determining which reversionary rights applied, land in Israel, during the era in which the laws of Jubilee applied, was divided into three categories.

Accordingly, any such attempted sale during a Jubilee cycle was not a conveyance of the ownership of the land but a sale of the right to use the land and enjoy its crops. The sales price was calculated on the bases of the value of the crops it yielded each year multiplied by the number of years remaining to the Jubilee year. Thus, if a field that would yield $100,000 worth of crops each year were sold ten years prior to the Jubilee Year, it could not be sold for more than $1,000,000. In addition to the law that a sdeh achuzah sold in perpetuity or for an unspecified period of time would revert to its original owner at the Jubilee Year, the Torah also gave the original owner the right of mandatory redemption of the field to be exercised not earlier than a date commencing two years after the sale.

During the two﷓year period following the sale, the purchaser was given an undisturbed right to use the land. If for any reason the purchaser was unable to benefit from the crops of the land – as would be the case if one of the two years were a Shemittah year or, if as a result of weather conditions, there were no crops – then the two years would begin to toll from the time these conditions ceased.

Although the laws of sdeh achuzah only applied when the law of Jubilee applied and therefore do not apply today, they demonstrate the uniqueness of the Torah in moving away from the system of Egypt in which there were no buyback rights to land sold. Raphael Grunfeld’s book, “Ner Eyal on Seder Moed” (distributed by Mesorah) is available at OU.org and your local Jewish bookstore. His new book, “Ner Eyal on Seder Nashim & Nezikin,” will be available shortly. 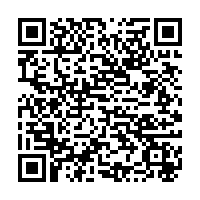