One morning when I came down to my basement office, I noticed that the carpet was wet. It had rained hard the previous evening and it was clear that rain had seeped in from outside. The handyman we called to assess the problem told us that there was a thin crack in the outside wall of the house, and it was from there that rain had gotten in and soaked the carpet.

Aside from the crack itself, there was a far bigger concern of the crack widening and causing far worse damage. It wasn’t cheap, but we had him repair the crack to ensure that no more rain would get in.


The fast of Shiva Asar b’Tammuz commemorates the walls of Yerushalayim being breached by the Roman forces that had laid siege around the city. Three weeks later the Bais HaMikdash was destroyed. Once the walls had been breached the city was indefensible and utter destruction was imminent.

Often there are cracks that develop in our personal, spiritual and emotional defenses. They may be very subtle and at times almost imperceptible. We can choose to ignore them, hoping in vain that they will solve and cure themselves. Or we can make the uncomfortable decision to confront the issues and to figure out how to seal the cracks before they worsen.

Although it seems obvious which is the prudent and wise choice, the reality is that we often choose the path of least resistance. Sadly, ignoring issues do not make them go away. Issues that are swept under the rug continue to amass until they cause everyone to trip over the concealed yet bulging mass.

During the three Shabbasos of the Three Weeks of mourning for the Bais HaMikdash between the fasts of Shiva Asar b’Tammuz and Tisha b’Av, we read three Haftaros which contain harsh and painful words of rebuke from the prophets. The first is of the first chapter of sefer Yirmiyah where Hashem compellingly appoints Yirmiyah as the prophet who would warn the nation of the impending disaster and destruction.

The tragedy of Yirmiyah and his prophecies is that the destruction could have been averted if the nation had only heeded his pleas, cajoles and warnings. But the nation didn’t want to recognize the proverbial writing or cracks in the wall. The great prophet was scorned, mocked, abused, beaten and imprisoned.

Ultimately, Yirmiyah was painfully vindicated when all his prophecies were fulfilled. At that point, as the shamed nation was being led into exile, they cried. But by then it was too late.

The jarring reality is that this is not an ancient story. At times it plays out within our own lives as well.

The famous serenity prayer states: “G-d, grant me the serenity to accept the things I cannot change, the courage to change the things I can, and the wisdom to know the difference.” There are times when we beat a dead horse, trying to accomplish things beyond our capability or purview. At other times, however, when we may have the ability to effect changes, we avoid doing so because those changes are arduous and daunting. Plunging ahead requires courage and confidence to push through our natural resistance. Doing so may be painful in the short term but it will be rewarding in the long run.

The fast of Shiva Asar b’Tammuz reminds us not only of the historical painful consequences of not heeding the message of breached walls, but also of the danger of not paying attention to the breaches in our own lives.

If we adhere to the messages of the Yirmiyahs in our own lives, we can be optimistic that the Tisha b’Avs can be prevented as well. 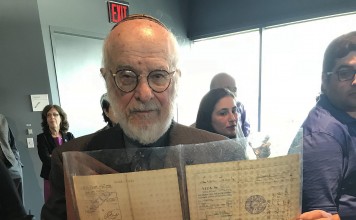 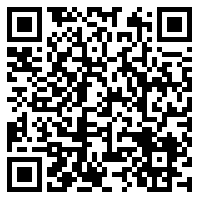