The Abraham Fund, created with great fanfare last year to help carry out the initiatives set forth in the Abraham Accords signed by Israel, United Arab Emirates, Bahrain, Sudan and Morocco, has been frozen indefinitely, according to US and Israeli sources quoted by the Globes business news site.

The Abraham Fund was set up after the Accords were signed in September 2020. The signatories to the Accords were to finance the Fund together with other nations that were expected to join as time went on.


By October 2020, the Abraham Foundation that had been created was already operational. Within the next three months, hundreds of funding requests for various projects were received and reviewed.

More than 10 projects in energy, food tech and fintech were approved.

The Abraham Fund approached large US financial institutions, asking them to participate in the effort to increase the capital of the fund.

“The Fund will realize the commitments in the Abraham agreements,” said a statement issued at the time. “The Fund will provide more than $3 billion to the private sector development investment market to promote economic cooperation and prosperity in the Middle East. . .The countries that are partners in setting up the Fund welcome other countries to further its objectives.”

The election of President Joe Biden and his new administration, however, brought all the Fund activity to a screeching halt.

He has not been replaced and the entity he headed may be destined for the dust bin.

The Biden administration allegedly supports the Abraham Accords, but has far less enthusiasm for the operational backbone of those agreements – the Abraham Fund.

No funding has yet been allocated to the Fund by the Biden administration, and unnamed officials in Washington told the Israeli foreign ministry that the US government is “re-evaluating” the Fund’s activities.

That is diplo-speak for “Hit the road, Jack – we’ll talk the talk but don’t ask us to walk the walk.”

A senior US source told Globes that the White House will focus on the diplomatic dimensions of the Abraham Accords rather than aiming to grow the Fund – which has been frozen indefinitely.

An Israeli source confirmed the above to Globes, saying the previous (Netanyahu) government and the current (Bennett-Lapid) government were told in talks with American officials that the activities of the Fund are simply not on the agenda.

It was because of the suspension of the fiscal support that was originally to be made available that United Arab Emirates Crown Prince Mohamed bin Zayed and former Israeli Prime Minister Benjamin Netanyahu agreed on setting up a UAE fund for investment in Israel.

This past March, Bin Zayed announced the creation of an additional $10 billion fund in Israel, operating in the private sector to invest in energy, industry, infrastructure, space, health and other areas, with emphasis on projects promoting the welfare and economy of the UAE and Israel, as well as the greater region.

Since that announcement some four months later, however, there has been no real movement other than some general announcements here and there.

Remember that old expression, “Money talks and B.S. walks”? We may be looking at it.

Israeli officials have visited the UAE – including those from the current government.

Abu Dhabi officials are watching how the new Israeli government unfolds before making another commitment. There are numerous projects awaiting the attention of both sides, including a tender for the development of the Port of Haifa, and the development of the Europe-Asia Pipeline Company (EAPC) with Med-Red Land Bridge Ltd, which was to transport oil from the Persian Gulf to Israel for delivery to customers in the Mediterranean Basin.

Diplomacy in the Gulf has a style of its own, one that this current government is clearly not familiar with – and that lack of experience may be the final nail, so to speak.

A business source in the UAE told Globes that Israel withdrew from the EAPC-Med Red agreement, a move that will damage the economic ties between the two countries – and may act as a deterrent to UAE companies’ future business efforts.

In fact, a diplomatic spat is brewing between the UAE and Israel: the UAE expects Israel to stand by the agreements signed by the previous government, regardless of political fallout – including the EAPC-Med Red deal. The new government isn’t so sure.

How to fix the bad energy? Send the first containers of oil to the Port of Eilat, to be efficiently and successfully transported to Ashdod, the UAE business source said.

But voices in this government – like the White House – are unenthusiastic about the project. Foreign Minister Yari Lapid told Globes during his recent visit to the UAE that he is “studying” the issue.

In the UAE, it was made clear to Israel that terminating the Med-Red agreement will harm energy cooperation, including future infrastructure investments in Israel by UAE natural gas companies.

While all the above is going on, Globes reported on the physical conditions in which Israeli diplomats are being forced to deal with by the current government – specifically, the lack of a budget with which to purchase basic equipment and furniture for the Consulate in Dubai, which Lapid officially opened with such visible celebration.

Not having the proper budget means not being able to do your job as a diplomat.

Of course, not having a real bed in which to sleep at night might also be cause for concern: Globes learned the official apartment of Israeli Consul General in Dubai, Ilan Shtulman, is also not yet properly furnished; as a result, Israel’s representative to the Dubai government is, so far, sleeping on a mattress on the floor.

If all of this is a harbinger of things to come, heaven help Israel’s diplomats. 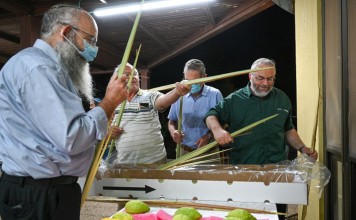 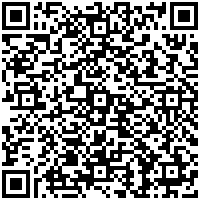