The Fines were driving home after spending Yom Tov with their children.

The road was relatively empty, and they cruised along at the speed of traffic. Suddenly, a truck swung into their lane without signaling and cut in front of them! Mr. Fine braked and narrowly missed hitting the truck.


“You’d better keep back and watch out for that driver,” Mrs. Fine said to her husband. “He seems reckless!”

The road curved sharply, and traffic slowed to accommodate. The truck, however, took the turn much faster than it should have, and veered way out of the lane.

The road began an uphill climb, and the Fine’s car easily passed the truck. “Look, there’s a sticker on the truck: ‘How’s my driving? 1-800-…’” Mrs. Fine said. “Do you think we should call?”

“I always wonder about this,” said Mr. Fine. “What if it adversely affects the driver’s job? Maybe it’s just a one time thing.”

“Even so, people can’t be allowed to drive like this,” insisted Mrs. Fine. “If that person drives recklessly, he doesn’t deserve to be a truck driver!”

While the Fines were talking, they reached the top of the hill. As they rode down, the truck came thundering along in the adjacent lane, overtaking them. “Wow! How does that driver think he could stop if he needed to!” exclaimed Mr. Fine.

“That does it!” said Mrs. Fine emphatically. “I’m calling!”

As the rode leveled, they caught up with the truck. Mrs. Fine had her phone ready. She jotted down the license plate number and dialed the number listed on the sticker. “I’m following a trucker who’s driving recklessly,” she reported. “In the span of fifteen minutes, he cut in front of us without signaling, veered out of his lane on a sharp turn, and sped down a hill way above the speed limit.”

On Shabbos, Mr. Fine met Rabbi Dayan. He related what happened and asked:

“Were we right to report the driver?”

“Certainly!” replied Rabbi Dayan. “Rama writes that despite the severity of being a moser (informer), if someone engages in illegal practices that endanger the community and does not heed warnings to cease his activities, it is permissible to disclose him to the authorities. Gra explains that he is considered a rodef (dangerous pursuer), even though he does not intend to endanger others” (C.M. 368:12; 25:1).

“Thus, Minchas Yitzchak (8:148) writes that if someone drives recklessly – speeding, running a red light or not stopping at a pedestrian crosswalk, passing dangerously, driving in the opposing lane or without a license – it is permitted to report him to the authorities. Moreover, even illegal parking that causes potential danger to passersby is like a bor (pit) or dangerous obstacle” (C.M. 410:1; 427:8).

“The violator should be warned first. However, if this is not possible, it is permissible to report even without warning” (Pischei Choshen, Nezikin 4:[22]).

“Similarly, Rav Eliezer Waldenberg (Tzitz Eliezer 13:81) and Rav Ovadia Yosef (Yechaveh Daas 4:60) rule that a doctor who knows that an epileptic patient does not disclose his illness to the DMV is required to notify them, since the patient endangers society.

“Although this might seem like lashon hara, it is not only permissible, but even required. Chofetz Chaim (Hilchos Rechilus 9:1) writes that just as it is prohibited to speak lashon hara when not warranted, it is a mitzvah to warn others when warranted to spare them loss or danger. Gedalia ben Ahikam, whose tragic assassination we commemorate yearly, is faulted by Chazal for refusing to heed warnings of the assassination plot because he considered it accepting lashon hara” (Niddah 61a).

“As we enter the new year,” concluded Rabbi Dayan, “we should accept upon ourselves to drive in a legal and safe manner, not to be included among those who endanger society.”

Verdict: It is permitted to report someone who drives recklessly, but he should be warned first when possible. 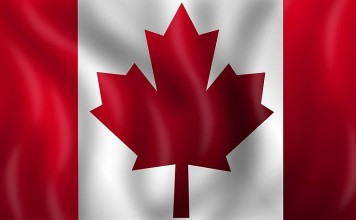