Note to readers: This column is dedicated to the refuah sheleimah of Shlomo Eliezer ben Chaya Sarah Elka.

The Rambam writes in the 10th perek of Hilchos Ishus (halacha 13-14) that if a man marries a woman, he is obligated to have sheva berachos for seven days. If one marries several women at once, he must have separate sheva berachos for each one for seven days – consecutively. The reason for this is because we cannot mix one simcha with another simcha. For this reason one may not get married on Chol HaMoed, for we are obligated to have simcha on Chol HaMoed and we cannot mix that simcha with the simcha that one is obligated to have for seven days after one marries. The Rambam says that we derive this halacha from the pasuk in this week’s parshah: “Ma’le shevua zos… (Fill this week…).” Lavan told Yaakov Avinu that he should wait a week after marrying Leah before marrying Rachel.

The source for this Rambam is from the Yerushalmi. The Talmud Bavli, in Moed Kattan 8b, derives this halacha from a pasuk in Nevi’im. 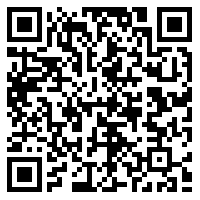