The Sanders were invited to a wedding on Thursday night.

“Were you able to arrange a babysitter?” Mr. Sander asked his wife on Monday.


“Not yet,” she replied. “Our regular babysitter is not available. Another one charges way more than we can afford.”

“Do you have other options?” asked Mr. Sander.

“I have some more names,” she replied. “I was about to call Rivki from down the block.”

Mrs. Sander called Rivki. “We need a babysitter on Thursday night for about five hours,” she said. “Are you available?”

“I’m sorry, but that’s too much for us,” replied Mrs. Sander. “We never pay that much!”

“I’ll have to find somebody else, then,” said Mrs. Sander. “Thank you.”

Mrs. Sander tried some other options, but nothing worked out.

On Thursday morning, Rivki called Mrs. Sander. “Have you found anybody yet?” she asked.

“I can babysit,” said Rivki.

Rivki came promptly at 6:00. The Sanders left for the wedding and returned at 11.

“Thank you for watching the children,” said Mrs. Sander. “Did they behave?”

“They were great!” said Rivki. “We had a good time together! And they went to sleep without a problem.”

Rivki took the money hesitatingly. “Thank you,” she said, “but I told you that I charge $16 an hour…”

“But I told you that we pay $12,” replied Mrs. Sander. “When you said that you could babysit, I assumed you meant at the price I mentioned.”

“Well, I assumed that since you hadn’t found anybody yet and wanted me to come,” replied Rivki, “it was at my price.”

“You have the $60, in any case,” said Mrs. Sander. “Tomorrow we can consult a halachic authority about the remaining $20.”

“It is best to initially clarify the price,” replied Rabbi Dayan.

“The same rationale presumably applies as well to a landlord and tenant, or an employer and employee. If the parties initially disputed the amount and did not enter contract, and subsequently entered contract without specifying the amount, whoever reached out to complete the contract presumably accepted the other party’s terms” (Pischei Choshen, Sechirus 8:[13]).

“In a case where two parties had an agreed price, but one retracted,” concluded Rabbi Dayan, “if they subsequently agreed to continue their relationship without specifying otherwise, we presume that they did so according to the initial price” (Rama 221:1).

Verdict: If two parties disagreed on a price, and subsequently one reached out to the other and they completed the transaction without specifying the price, we presume that the one who reached out agreed to the other’s price. 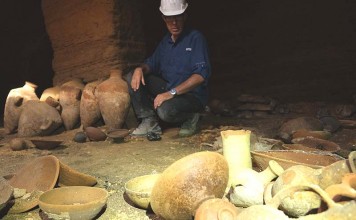 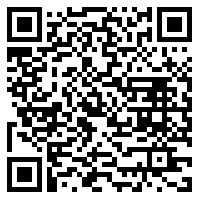