An 11-justice panel of Israel’s High Court of Justice on Thursday rejected the 15 petitions filed by elements in the Israeli left against the “Basic Law: Israel – the Nation-State of the Jewish People” (a.k.a. Basic Law: Nationality). The Basic Law, which has constitutional status, was enacted in July 2018 by a majority of 62 MKs against 55 opponents. Immediately afterward the left side of the political map filed the petitions calling on the court to revoke the law. Those petitions were rejected by the ten Jewish justices on the panel and accepted by the sole Arab justice, George Kara.

The majority believed that the Basic Law: Nationality, which was intended to anchor at the constitutional level the aspects concerning the character of Israel as a Jewish state, does not negate the state’s democratic character, which is enshrined in other basic laws established by the Knesset, as well as in the constitutional principles that formed the basis for the establishment of the state. It was therefore held that the decision on the question of the power of the court to intervene within the context of a Basic Law is not required in this case.


According to the ruling, the principle of equality is a fundamental principle in Israeli law, and by virtue of it, equal rights are granted to all citizens of the state, including minority groups—which form an integral part of the fabric that makes up the local population.

Although most of the panel judges believed that it would have been better if the principle of equality had been explicitly mentioned in this Basic Law, they noted that the fact that this principle is not anchored in it not detract from its status and importance as a fundamental principle since it is enshrined in other basic laws.

Back in 2017, then-Knesset Speaker Yuli Edelstein (Likud) said that he saw the new nationality law as a message to the Supreme Court. The fact is, he argued, that when a Supreme Court justice reviews a case, he or she is expected to consider Israel’s constitutional laws. “If I’m a Supreme Court Justice today,” Edelstein said, “on which basic laws am I supposed to base my rulings if I wish to emphasize Israel’s role as a Jewish State? There aren’t any.”

In 1950, the first Knesset decided, rather than draft a full constitution immediately, to appoint the Knesset’s Constitution, Law, and Justice Committee, which, over the years, would draft such a document piecemeal. Each new chapter would be called a Basic Law, and when all had been written they would be compiled into a complete constitution. In 1992, President of the Supreme Court Aharon Barak sanctioned as constitutional those Basic Laws which had already been written and those that would be written, so that, in effect (whether the chief justice did or did not have the authority to legislate thusly), Israel now has an incomplete constitution that’s a work in progress.

As Speaker Edelstein put it, so far the Knesset has taken care of the Democratic and Jewish State; it’s now time for the Jewish part, which should fit nicely within the concept of Judicial Review: 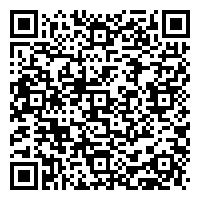