“It’s hot in the living room,” Mrs. Amsel said to her husband. “Is the air conditioner on?”

“I turned it on earlier,” replied Mr. Amsel, “but it doesn’t seem to be cooling. I’ll go check.”


Mr. Amsel checked the air conditioner and saw that, indeed, it had stopped functioning and displayed an error code.

“You’re right!” Mr. Amsel said to his wife. “There’s a problem with the unit. I’ll call the technician.”

The technician came the following day. He read the error code and tested various parts of the unit. “There is a problem with the condenser,” he said. “I have to replace some parts, which will cost about $100.”

The technician replaced the defective parts. He tried the unit, but it still did not function, and now displayed another error code.

“There seems to be a more significant problem,” the technician said. “It’s not worth repairing, and the entire condenser unit needs to be replaced.”

“That is a big expense,” said Mr. Amsel. “But if that is what has to be done, we don’t have much choice!”

The technician replaced the condenser, and the air conditioner hummed to life. He presented the bill to Mr. Amsel. Included was the $100 charge for the parts he had initially installed.

“Why should we have to pay for those parts?” asked Mr. Amsel. “You didn’t fix the condenser! We had to buy a new one afterwards.”

“Once I installed those parts, I can’t use them as new anymore,” said the technician. “Maybe I can salvage them as second-hand. Based on the original error code, it made sense to try replacing those parts before replacing the whole unit.”

The two turned to Rabbi Dayan and asked:

“Does Mr. Amsel have to pay for the parts that the technician installed?”

“The Gemara (B.K. 116a) addresses the case of two people whose donkeys were drowning,” replied Rabbi Dayan. “The owner of the less valuable donkey arranged with the other: ‘I will save your [valuable] donkey if you compensate me for mine.’ If he failed in saving the valuable donkey, he is not entitled to the stipulated wages of his donkey’s value, only the fair wages of a rescuer” (C.M. 264:4).

“The poskim discuss why he is still entitled to ‘regular’ wages, even though the owner of the donkey did not benefit from the rescuer’s efforts.

“Rosh (Responsa 105:1, cited by Beis Yosef C.M. 185) indicates that this is because the rescuer suffered the financial loss of his donkey in the process, so he gets at least the partial payment of a rescuer.

“However, Chavos Yair (#154) cited by Pischei Teshuva (264:1) writes that an advocate is entitled to regular wages for his efforts, even if he proved unsuccessful in the case and did not have expenditures, since he fulfilled his task to advocate, unless the employer explicitly linked the wages to the success of the case (see Pischei Choshen, Sechirus 12:2; Machaneh Ephraim, Sechirus #23).

“In the case of a rescuer or an advocate, though, the employer knows from the beginning that the outcome is uncertain, and he hires the rescuer or advocate with this understanding. A technician, on the other hand, is usually expected to be able to repair the item or diagnose initially that the item cannot be repaired and must be replaced, and is usually not paid just for his effort.

“Nonetheless, sometimes there are multiple problems, or a deep-rooted problem that cannot be diagnosed until simple solutions are attempted first and ruled out.

“In such a case, the technician fulfilled his task faithfully,” concluded Rabbi Dayan. “The client would have to reimburse him for the parts that he replaced in his professional attempt to repair the item. Ideally, he should tell the client beforehand that he is attempting this solution, at a cost, but there may be a more significant problem.”

Verdict: A technician who installed replacement parts with proper professional discretion can charge for them, but not if he misdiagnosed the problem. 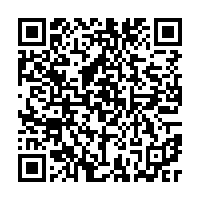