The Jewish man, 44, police suspect of murdering the PA Arab Ali Harev outside Ariel on Thursday reenacted his version of the attempted Arab lynch in front of Shin Bet and police investigators. The image posted above was shot by Kan 11 News, and the reporter (see the tweet below), says it shows the man reenacting with a police officer his struggle with the Arab who was stabbed.

Earlier last week, Kan 11 reported that the man, a Jewish guide of a group of youths, had given his full version for the first time to police investigators, saying: “I did stab, but to protect myself and the group of boys who were with me, from the Palestinians who were attacking us with stones.”

Hundreds, including Knesset members and public figures, marched on Friday in support of releasing the man. The march was held with the IDF’s permission. Among the marchers were MK Michal Waldiger of Religious Zionism, former MK Oren Hazan (Likud), the Rabbi of Yitzhar, Rabbi Dudi Dodkevitz, Rosh Yeshivat Homesh Rabbi Elishama Cohen, and head of the Shomron Council Yossi Dagan.

Dagan said “We came here because we are angry. We are not ready to remain silent about this injustice. This is not a personal persecution of this dear resident, this is a personal persecution of half a million residents in Judea and Samaria, against each one of us. This man is now in a dungeon, in a cell, because he protected the lives of about twenty children, and if anybody thinks they would subjugate the people of Samaria this way, you will never subjugate us.”

The suspect was remanded until Tuesday. He is suspected of murder as an act of terrorism, and obstruction of justice.

Earlier this week, a source close to the investigation reported: “The suspect said he felt his life was in danger, and that a stone thrown by the Palestinians almost hit his head. In response, he threw a stone at the Palestinians.” The source added: “The security hubs received calls in real-time from Jewish boys who said their lives were in danger. Civil security officials who were present at the scene also said in their testimony that they were forced to fire in the air out of a sense of danger to life.”

The detainee is married, the father of 3 children aged 3,5, and 6, and a Navy veteran who has no criminal record, was arrested last Wednesday afternoon, after arriving at the Ariel police to file a complaint about the attempted lynching he and a group of children had endured near the Ariel city fence. To his astonishment, he was arrested and transferred to the Shin Bet for questioning and was not allowed to see a lawyer.

Attorney Keidar also said: “On its face, the incident should not have been investigated by the Shin Bet, because it’s not a security issue at all, and that the whole thing was initiated by the Arab rioters who turn out to have been terrorists. Therefore, we demand an immediate cessation of the Shin Bet investigation, and until then we will not provide our full version of the event.”

But in response to the reenactment, Keidar said, “My client is cooperating fully with the investigation. I am glad that the investigators are beginning to see the real picture, which is that the suspect acted heroically and defended himself and the boys.” 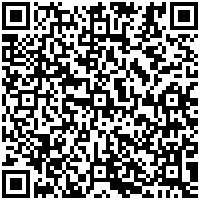