Mr. Green and Mr. Brown were neighbors. Years ago, Mr. Green had planted a small tree in his yard. This small tree had grown significantly over the years and now had large branches that extended well over Mr. Brown’s property.

The tree had beautiful leaves and flowers, when in bloom. However, it shed heavily, dropping its leaves and flowers onto the ground below, including onto the Browns’ property. In addition, birds would come and sit on the branches, adding their droppings, as well.


Every fall and spring, several times each season, Mr. Brown would clean his property of the leaves and flowers that Mr. Green’s tree shed.

One year, Mr. Brown finally had it, and decided to confront Mr. Green on the issue.

“Why should I have to clean up the shedding from your tree?” Mr. Brown complained. “Clean up after your own mess!”

“It’s not my mess,” replied Mr. Green. “It’s nature. Trees grow. They produce oxygen. They provide shade. They are pretty when in bloom. And they shed…”

“Still, you planted the tree and it is yours, so it’s your responsibility!” insisted Mr. Brown. “When you clean away the shedding from your property, you should come and clean my property, as well.”

“When I planted the tree, it was a young sapling,” argued Mr. Green. “At the time, the tree was well within my property, and I tended to it completely. If over the years it grew, that’s not my problem.”

“Then hire someone to cut the branches that extend over my airspace!” demanded Mr. Brown.

“If you want to cut the branches that jut into your property, I can’t stop you,” said Mr. Green. “However, you pay for it! I’m not interested in cutting them.”

The two came before Rabbi Dayan and asked:

“Is Mr. Green responsible for the shedding of his tree?”

“The third chapter of Bava Basra addresses a person’s requirement to distance potential damage from his neighbor,” replied Rabbi Dayan.

“The Mishnah (B.B. 25b) writes that a person must distance a tree significantly from his neighbor’s well. If he didn’t, and the roots expand into the well, he has to cut down the tree. However, Rav Yosi maintains that he is not required to cut down the tree, since he planted it within his own property and the damage is not direct. The Gemara (ibid.) rules like Rav Yosi.

“Elsewhere, the Gemara (B.B. 18b) indicates that Rav Yosi maintains, moreover, that even initially the person is not required to distance his tree. Shulchan Aruch rules this way” (C.M. 155:32; Sma 155:73).

“Although even indirect damage (grama) is prohibited and a person must refrain from such acts (B.B. 22b; Tur, C.M. 378:2; Gra 378:1), the Acharonim explain, based on the Ramban, that here we do not associate the tree’s damage, even indirectly, to the person’s own actions, since the roots grew on their own” (Chiddushei Rav Boruch Ber, B.B. #3).

“Thus, although the tree grew and now sheds onto Mr. Brown’s property, he cannot require Mr. Green to clean up or cut it down.

Nonetheless, many locales have ordinances regarding trees that extend into a neighbor’s airspace. Some locales hold the owner of the tree liable for its upkeep and require that it not disturb the neighbors; others require this only if the damage is significant. However, many Acharonim rule that regarding laws of neighbors, dina d’malchusa dina – the law of the land – does not apply, unless for public safety or need, or if the widespread common practice is in accordance with such” (see Shach 356:10; Bach 155:56; Beis Yitzchak, C.M. #77; Igros Moshe, C.M. 2:62; Emek HaMishpat, Shecheinim p. 409).

“Thus,” concluded Rabbi Dayan, “Mr. Brown can cut whatever branches jut over his property and disturb him, but cannot require Mr. Green to remove his tree or clean up, barring local ordinances otherwise.”

Verdict: A neighbor cannot restrain someone from planting a tree that will grow and ultimately disturb him nor require the owner to clean up any mess it causes. Many authorities maintain that dina d’malchusa dina – the law of the land – would not apply here unless the widespread common practice is in accordance with such. 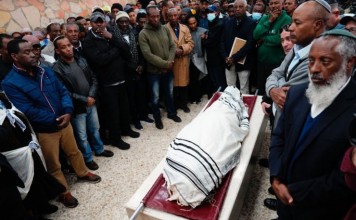 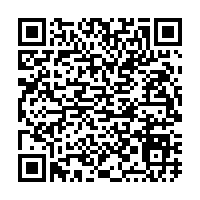